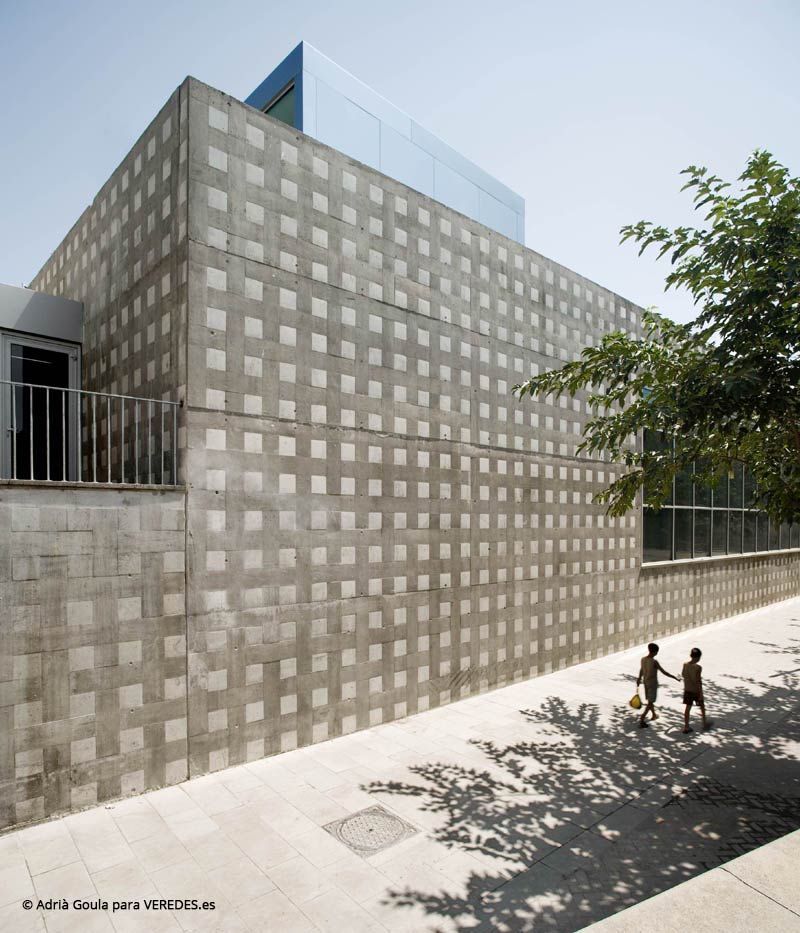 The Can Ricart Municipal Sports Complex is a building located in the heart of the south Raval, in Barcelona, an area with important performances in recent years. The equipment is important for the revitalization of the neighborhood in its traditionally more degraded sector, and it has to contribute to the integration of all social sectors inhabitants of the area through its use in sports and welfare activities.

The building completes the block between Rambla del Raval and the Jardines dels Horts de Sant Pau. At the architectural level, the project’s strategy started with pre-existing conditions that made it particularly complex, since two buildings of strong construction, such as the sports pavilion (built in 1989) and the industrial building of the 19th century, have been integrated into the complex. XIX of Can Ricart, presumably of the master builder Josep Fontserè. The main effort of the architects was to arrive at a compact and coherent set at functional level, which volumetrically maintains the reading of the three bodies that comprise it: the two existing buildings and the new construction that contains the pool, formally autonomous.

The building of Can Ricart, which was in quite bad condition, has been restored with the spirit of the original in its defining characteristics. The façade of Josep Fontserè has been restored, recovering the original colors of the stucco, and a double-height central space has been uncovered in which the Ricart family had the contract room. This space has been rehabilitated with sensitivity, maintaining the spirit of the original and recovering a skylight that had been covered over the central space. In the rest of the facades, more battered by the multiple interventions occurred over the years adding and knocking down production sheds around, the work consisted of recovering the original order of openings and giving a unifying patina that allows to subtly visualize the wounds of history on its walls.

The new building is austere in materials and formally contained. The facade is made of exposed concrete, which has been given a texture that wants to be a tribute to the beginnings of the textile industry in Catalonia in this area of the city.

The main space, the pool, is open and bright. It establishes intense visual relationships on the one hand, in all its breadth, with the Park of Sant Pau, which is slightly elevated, and with the church of Sant Pau del camp; and on the other side with a generous patio inside the complex, and with the rear facade of the Can Ricart building.