The TICs and the uncertain future of the city | Guido Cimadomo

To understand the evolution of the contemporary city it is necessary to see the influence that information technology (TIC) and the increase of its use is producing in society. Its application in different sectors of society is of extreme importance for urban development and marks the economic, social and political future of cities. ICTs are based on a spatial structure where the speed of propagation erases physical distances to offer immediate and permanent access to information sources, allowing the appearance of a series of companies that revolutionize and oblige to rethink the traditional activities of different sectors of the economy. Perhaps not enough has been reflected on the effects and transformations that are taking place, among other reasons, because of the speed with which they appear and consolidate.

The urban transport sector is experiencing one of its biggest transformations with the appearance of “Uber”, which allows you to order a vehicle adapted to your needs with a smartphone and comfortably wait for the arrival notice. As a result of its success, other applications have appeared such as “BlaBlaCar” to share free spaces, or “Zipcar”, which rents vehicles scattered around the city paying for the time of use. Each time it seems more unnecessary to own a car, with direct effects on urban pollution as well as in parking spaces that today are approximately 40% of the surface of cities and could be used for other uses.

With the same philosophy “Airbnb” provides an alternative to travelers in their search for accommodation, making available the use of rooms in private homes through a mobile application. Its success could promote the displacement of landowners to the periphery to free extra beds, leading to turn cities into theme parks with a devastating effect on their social fabric, also negatively impacting tourism, generating a pantomime of decontextualized simil-citizens . Another sector in a state of transformation is online sales, including the distribution of food at home. Portals such as “Amazon” or “Alibaba” and companies such as “La Nevera Roja” or “Just Eat” have experienced continuous growth since its inception.

The foreseeable direct effects can promote the disappearance of the commercial fabric in urban centers, giving rise to the creation of warehouses in the outskirts where meals are prepared to be distributed, or warehouses for the immediate distribution of the most requested products. The last phenomenon analyzed is crowdfunding, diffused through portals such as Kickstarter, which support new projects through collective networks away from commercial criteria linked to economic benefits. Transferring its philosophy to the urban sphere – portals such as “ioby” or “spacehive” dedicated to interventions in the city have already appeared – a window opens up for citizens to build the city according to their needs, giving them the freedom to configure the environment where they live.

These companies do not develop or manufacture any product, but distribute the services performed by other companies. Uber does not own any vehicle, Airbnb does not own a room, La Nevera Roja does not have a single cook, like Alibabá, the largest e-commerce store with an annual turnover close to 400 billion dollars, it does not have a warehouse any. The explanation lies in the ability of these companies to collect the most sensitive information from their users (metrics): tastes, customs and desires, data that we facilitate when using these applications. This information is the basis of the stock market success of these companies, which can develop personalized advertising and messages for each moment of our day depending on our mood or the proximity of our birthday.

It is easy to imagine, therefore, how each citizen can live in a world parallel and tangent to that of people who are nearby, but who receive different information based on the knowledge that companies have about their tastes and customs. It would try to make reality the theories about parallel universes of Hugh Everett, which would lead, like many fantastic genre works, towards an alienating future where we act according to what electronic devices tell us without caring about the physical and real environment that surrounds us , limiting social relations and direct contacts.

Faced with this terrifying trend, the initiatives promoted through the crowfunding platforms show a growing interest of the citizens in the configuration of the urban space and its way of life, promoting improvements in the society of the near future based on citizen relations and participation .

The article that develops this text has been published in the journal Arquitectura, Ciudad y Entorno nº 33 (2017).
The article has been a finalist in the Research section of the XIV Spanish Architecture and Urbanism Biennial. 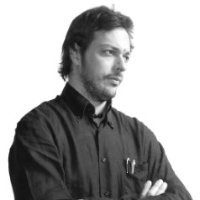