Summons of the Latin-American X Bienal of Architecture and Urbanism 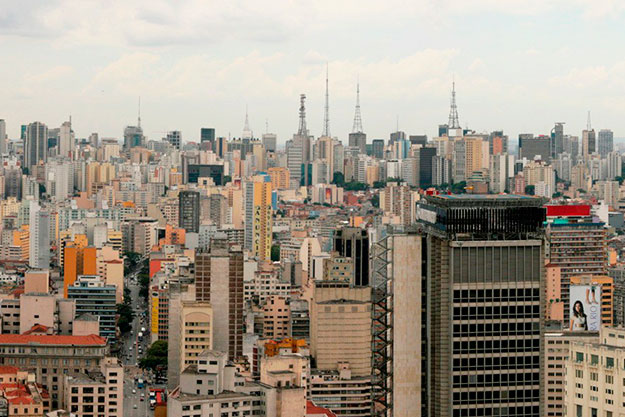 Already there are available in the web the regulatory bases of the summons of the Latin-American X Bienal of Architecture and Urbanism promoted by the Department of Promotion of the Government of Spain, across the Headquarter of Architecture, Housing and Soil, in collaboration with the Advice Foundation Architects’ Box of Spain, the Foundation Arquia on the part of Spain and on the part of Brazil, the Ministério gives Culture Governo Federal, the Secretariat of Culture Governo do State of São Paulo, São Paulo’s Prefeitura Municipal, Relações Internacionais’s Municipal Secretariat and Federative, the Municipal Secretariat do Desenvolvimento Urbano, the Municipal Secretariat gives Culture, the Conselho de Arquitetura and São Paulo’s Urbanism (CAU-SP) and the Instituto dos Arquitetos.

The basic activities of the Biennial show turn concerning the recognition and diffusion of the most relevant professional paths, of the most significant works of architecture and urbanism, the best publications and the most excellent theses in Latin America. For it one will possess Committees of Selection in every country as well as International Jurors who will reward the offers in every category to include in the catalogue and in the corresponding exhibitions.

The Latin-American X Bienal of Architecture and Urbanism will be celebrated in the city of Sao Paulo, Brazil, in July, 2016 with an Academic Program of activities, which will include the presentation of the works selected in the different paragraphs of the summons, a series of magisterial conferences, specialized presentations and tables of debate articulated about the topic of the X BIAU.

The BIAU wants to be a stable platform of debate, of reflection, of exchange of experiences and of relation between professionals of the Architecture and the Urbanism of 22 countries that take part in her on both sides of the Atlantic Ocean. The Biennial show also is an instrument of construction of a critical thought and of approximation of the values of the Architecture and the Urbanism to the citizens and to the set of the company in general. For it, during two years following the celebration of the Biennial show in Sao Paulo, one will propose a program that accompanies and complements the movements of the exhibition of the works rewarded by cities of both continents.

· On January 18, 2016. Deadline for the inscription of Works and Latin-American Prize

· On January 22, 2016. Deadline for the inscription of Thesis and publications and videoes

· On February 22, 2016. Deadline for the physical receipt of publications

· The first fortnight of February, 2016. Meetings of the national Committees of Selection

· On March 15, 2016. I send of selected by the national Committees of Selection

· April, 2016: Meetings of the International Jurors