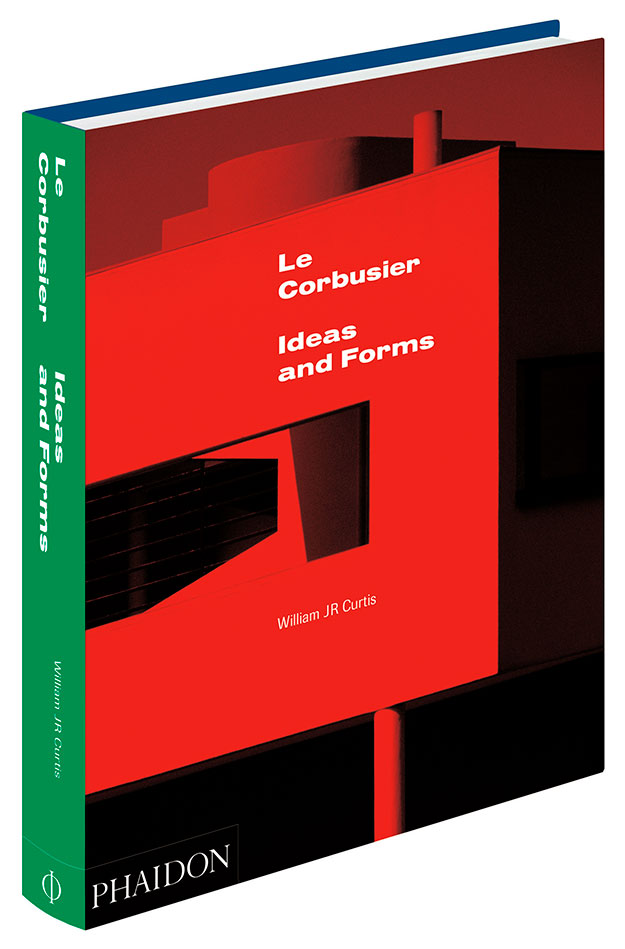 It is impossible to understand the architecture of the 20th century and of our epoch without approaching first to Le Corbusier (1887-1965). We can find his buildings in places as remote as Paris, La Plata or the Panyab and his influence it has been left to feel all over the world along several generations.

Phaidon takes pleasure in presenting Le Corbusier: Ideas and Forms, the integral work most updated on the career of the magisterial modernist French Swiss architect. The book conceived as a synthesis of the diverse activities of Le Corbusier, but with the architecture as principal axis, presents a rewatching and accessible chronicle of his extraordinary architectural production – so much constructed like irrealizada-, at the time that it reveals some more generic features of his creative universe.

Published coinciding with fifty anniversary of the death of Le Corbusier, the book has been rigorously checked, re-designed and extended to the double of his original volume, reaffirming, nevertheless, the intention of the original edition (published in 1986).

All the already existing chapters have extended or modified by the incorporation of new studies that allow a more exhaustive analysis of the buildings. The bibliography and the final notes also have been extended, the number of illustrations duplicates fully that of the previous edition and ultimately a totally new section has been added, «Principles and Transformations», integrated by four chapters. Breaking with the chronology of the rest of the book, the above mentioned chapters they centre on the spatial imagination of the architect, the génesis of his forms, the generic characteristics of his style and his impact on the world architecture.

Writing in a lucid and elegant prose for the eminent one and award winner historian of the architecture William J R Curtis, Le Corbusier: Ideas and Forms documents individual projects to the detail – now chapters devote themselves to the Villa Savoye, Cité de Refuge and the Pavillon Suisse – simultaneously that links them to the philosophy of the architect, to his Utopian vision and to his activities as painter, sculptor, urban planner and writer. This fundamental work is illustrated profusely by historical and contemporary photographies. Flat Foundation Le Corbusier has been obtained of renowned, pictures and original sketches to illustrate the process of invention and transformation of the architect.

Very praised in his first edition, Le Corbusier: Ideas and Forms is an important work of history of the architecture based on decades of investigation and deep reflection. With a clear and accessible narrative, this book is conceived in order that it ensues from interest both to the general reader and to the specialist.

William J R Curtis is a historian, critic, writer, artistic commissioner, painter and photographer who has received diverse awards. He studied in the Institute Courtauld and Harvard’s University and it has given history of the architecture and theory of the design in numerous powers of the whole world, between them Harvard and the University of Cambridge, where it occupied the Chair Slade of Fine arts. His books more acquaintances include Modern Architecture Since 1900 (3 ª ed, Phaidon, 1996) and Him Corbusier Ideas and Forms (1 ª ed, Phaidon, 1986), both translated into numerous languages. Curtis has written more than one dozen of monographs on different aspects of the modern and contemporary architecture, besides great quantity of studies dedicated to Him Corbusier. Has published historical, critical and theoretical texts on topics so changed as the Indian architecture, the aboriginal Australian estólicas, the history of the daily objects and the paper of the abstraction in the photography. Also he is a habitual collaborator of critical international magazines as Architectural Review and The Sketch. Curtis exposes and publishes his own pictures, drawings and photographies. It has received numerous prizes, the most recent of them the Golden Award for Global Contribution to Architecture (WAX, A+D, India, 2014).