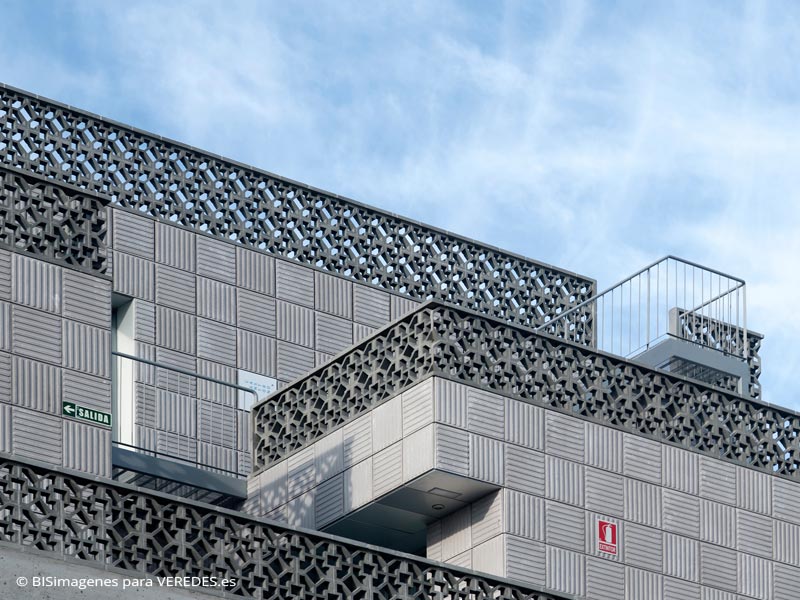 1
It is a question of a lodging placed in Muxía’s locality, one of the emblematic points and of reference of the Way of Santiago, in his continuity and relation with the coast of Galicia.

2
The extension is realized on a recent building placed in an end of apple of the traditional core by front to three streets and party wall in a wings. The great difference of level between the top street and the low one they form an existing volume of two plants with accesses and independent uses: the low one is a tanatorio, the top one shelter.

3
The plant of lodging already in functioning possesses the dependences of receipt and community service, two multiple rooms for berths and other two doubles bath. The increasing demand of the above mentioned they justify the viability of the extension and the type of exposition chosen as for the design and configuration of the new spaces and volumes.

4
One intervenes in a store of the lodging to place the core of stairs and elevator. The stairs cannot have thickness to be done on yes same, without hindering to the rest. From this necessary meeting with the existing thing, the extension proposes a new way of forming the space by means of rooms surrounded by terraces, courts and viewing-points, which act as common zones of stay that reinforce the endowment. An own landscape of corners and accessibilities that incorporates perspectives and images of that one that wraps it.

5
The offer relates languages of the architectural local tradition to the industry and of the popular culture with to walk as aesthetic experience. The dimensions of the materials and the constructive processes that are in use both in front and in cover, they are also geometric guidelines that allow to give simultaneously depth to the volumes (to open ways) and to solve the functionality of the new spaces.

6
Eight bedrooms: four doubles and four of four squares. A wide social place, trades and a reservoir lavapiés shape, together with the spaces of terrace, the extension of the lodging in 24 squares. On her a small apartment and more terraces. Above, a watchtower viewing-point.

7
The distribution of every room, always the same one: I access from the exterior terrace, to be, zone of sleeping and bathe to the bottom, with his independent pieces to allow a major flexibility of functioning.

8
The corner is a bend for the one that walks, where the habit, as current of use, separates and concentrates in a place. It allows a reading that is not linear. I break that it shows a new feature of the daily thing. The indication of another landscape. A consubstantial form to the tradition like part of his own dynamics of change. A manifest value of new permanency.