The column and the wall

La Caja de Arquitectos Fundation has put at the disposal of all the users of his web a new publicadión for of free unload in pdf of the program Arquia/tesis. 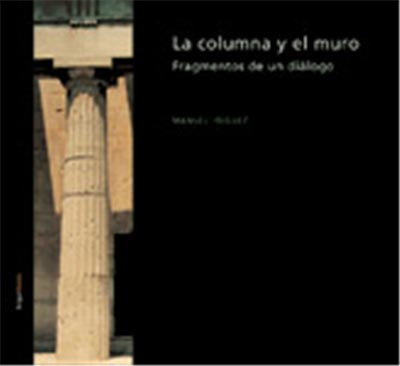 The dialog between the column and the wall sends to one of the speeches probably more specifics that could be effected concerning the architectural fact: that of the materiality. A speech that has his point of item in the own configuration of the Greek order, which thus is constituted in the touchstone of all those architectures that they consider to be the material condition as his essential content. The Greek order appears as the highest point reached in the representation of the tectonic active relations of weight and support, his forms evoke masterfully this necessary condition of balance of the matter with which it is constructed. On the other hand, the wall, though initially a connatural demonstrates expressive inertia, does not resign itself to having a secondary paper with regard to the column and, in agreement with his need in the architecture, protests for yes a preponderant value in the representation of the same one. From here the bases of a dialog remain established between the column and the wall that is renewed in every architecture and of which in this thesis a series of fragments appear.

The director of the collection: Carlos Martí Arís