The city is of all

“If the proclamation of which the city must be for all turns out to be necessary it is because one forgets often the last justification of our trade: that the architecture is not but the manifestation of a knowledge that has to be solidary and generous. Paulo Mendes da Rocha’s work is intense and risky, both for his materiality and for his structural expositions. But in this selection of interviews we discover that, for him, the most important thing it are not the buildings but the technology in wisdom before the nature, the observation as critical tool and the intelligence as the most sensitive instrument of analysis concerning the human thing, the city and the house. The architecture comes later, but if the city is not of all, if the architecture us does not demonstrate it, at the time, it is not at all.” 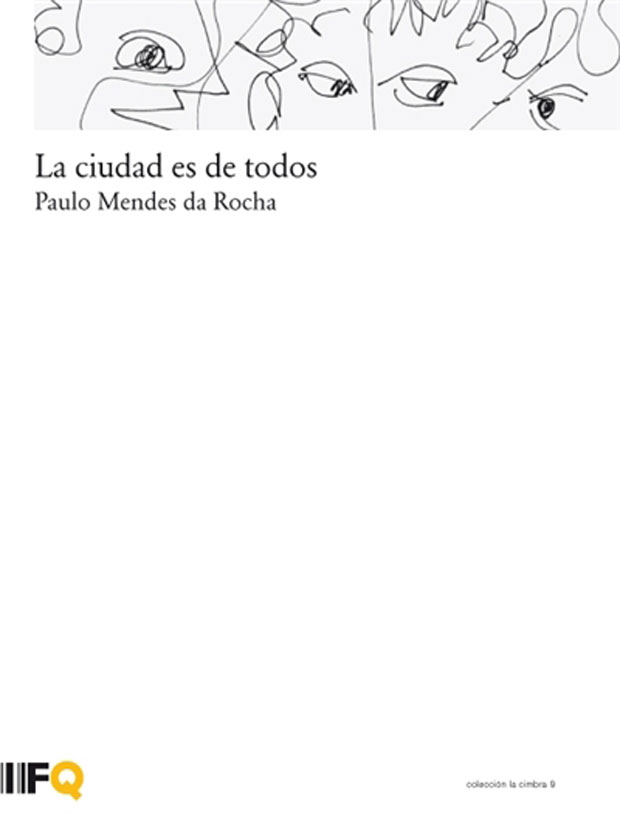 Paulo Mendes da Rocha spent his childhood between the house of his mother grandparents in Vitória’s city – the Espírito Santo’s port capital where it was born in October of 1928-and Paquetá’s island, in waters of Guanabara’s bay, in Rio de Janeiro, to the cardinal season of the country and lugardonde the family was residing Mendes da Rocha. In 1940, the family of the architect established itself in São Paulo’s city, in whose university – São Paulo’s University – his father, Paulo Menezes Mendes gives Rocha, he had been nominated a professor of Naval and Port Resources of the Technical School, institution that Mendes da Rocha father directed between 1943 and 1947. Without going out of São Paulo, Mendes da Rocha son finished in 1954 his studies of architecture, in the University Mackenzie, and a solid career started being worked projecting houses, schools, buildings of apartments, museums, furniture, theatrical sceneries and several urban development projects. Soon after being entitled in the university, Mendes da Rocha gained the national contest for the construction of the sports center of the Athletic Club Paulistano. This work cost him the recognition of the public and the great prize of the Biennial show VI São Paulo’s, in 1961. In 1968, the architect gained the national contest for the construction of the Brazilian pavilion of the Universal Exhibition of Osaka of 1970 and in 1969 it travelled to this city to follow closely the development of the works. Between other awards of international character, Mendes da Rocha is an honorary member of the Architects’ College of Lisbon, the prize of the Foundation has got Mies van der Rohe for his project for São Paulo’s Art gallery and in 2000 it was chosen to represent Brazil in the Biennial show of Venice. In 2006, it received the Prize Pritzker. In parallel to his work in the study, Paulo joined the academic world in the middle of the decade of 1960 of the hand of his good friend Vilanova Artigas, one of the architects most distinguished from Brazil. Both architects gave a new impulse to the School of Architecture of São Paulo’s University with a social and humanistic approach that would have a great influence in the future generations of architects and artists.