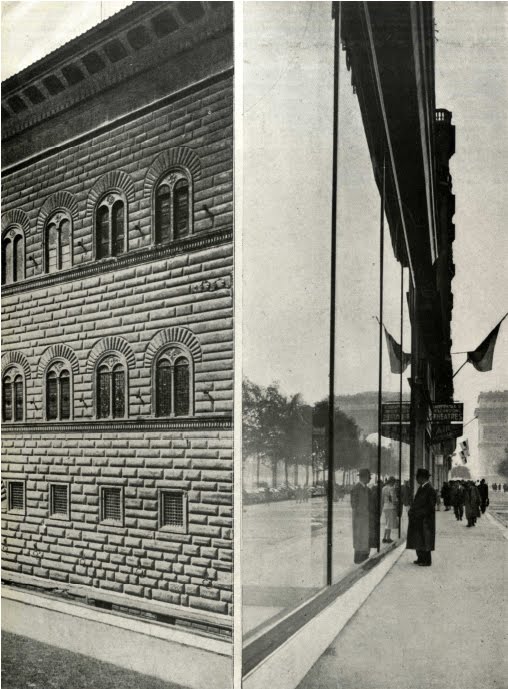 Oíza Finished the career of architecture in the year 1946 and thanks to his excellent academic file cost  of a scholarship to do a trip of intense learning by the United States between October of 1947 and November of 1948.

It was a period of absolute renewal in the world. After the agotadora second world-wide war, the main teachers and inventors of the modernity found  emigrated to America and his activity centred  mainly in the cities of Chicago and New York. The new buildings of glass, moved away already of the utopia expresionista, imposed in the practice a new spirit of construction that moved away with rapidity of the obsolete model of the “city of stone”.

And Oíza was there to perceive it. To “learn to learn”.

On the one hand it imposed  the king Mies with his increasingly influential realisations and educations centred in the city of Chicago. And by another, the magician Le Corbusier with his innovative proposal for the United Nations of New York, work culmen of his incessant investigations on the skyscraper. Both definitely would leave a print importantísima in the subtle intelligence of Oíza. Already in Spain, because of his strong technological curiosity centred in the world of the machine, with all cultured security in his American trip, devotes  of way autodidacta during twelve years (between 1949 and 1961) to give the asignatura of “Salubridad and Hygiene” in the ETSAM. Some “installations of edificación” transmitted by the more enthusiast of the Architects. His famous aim manuscripts are still a myth of all a generation.

But probably the most significant legacy of those years was the article that he was writing in the Revista Nacional de Arquitectura in the year 1952. Graduate “The galls and the architecture“. His more than fifty pages are a prodigy of brilliancy, rigor and force propositiva.

It recognizes with brightness the “new spirit” in the new manners of construction based on the new technologies of steel and crystal. But beyond seeing in it a simple modern mode it glimpses in this new architecture an important value. His organic character, we would say even naturally.

He understands that before ” new average, new environmental interpretation “. And he writes eloquently:

“East, not other one, is our moment in architecture. This one, not other one, the new stage of a new glass, a new steel, a new aluminium. To deny the logical evolution of the architectural form before such a influence is to deny the reason of evolution of every alive espece. It is to deny the current overcoming of the mammoth, which, as another day the Gothic thing, also had his moment of height. It is, definitively, to deny what really exists of organically, of living, in architecture. Organic beginning that in yes is something more than this superficial comparison between the proportions of a column and the similar ones of a man.”

He accompanies the text on surprising drawings. He compares the human respiratory tract with the systems and conduits of air conditioning of a building. And the nervous central system with the systems of control of air conditioning. It establishes curious equivalences between the new technologies of construction and the anatomy humanizes. Thus, he understands that the new frivolous fronts of steel and crystal make alike his function to that of the human skin in his capacity of transfer and incident in the systems of interior regulation.

In the paragraph “Towards a new appraisal of the organic thing” he writes:

“Really, the organic thing in architecture is not for us what as such is understood by many. It is something more than the undulating and sinuous form of a plant or the mimetism of a housing with a landscape or with an organic product. We believe in a new organic order, because the machine, on having established in the building a new pace, a new throb (elevator, ” artificial breathing “, etc.), he does not deny, but, on the contrary, it comes closer towards a new and real sense of the life. A sense of architecture, as being living that late and he dies at the expense of a heart, a blood system, a few lungs… Without them, the top being, the man, dies. Without them, the top architecture, the new building, the new O.N.U. – with his complex systems-, he dies also. The new big accomplishments of the architecture, all the new big buildings, in his mechanical complexity, are not, under this one organic appraisal, but schemes of top organisms, and, for it easier comparable with the organic top being: the man.”

The lesson remains learned. The complexity is a consequence of the superiority. The new technical systems are not but a natural response to the evolution of the architecture of high qualification. The particular material strategy of the architecture should come from it and not from the recognition of a certain style.

His suggestive “organic – evolutionary” interpretation of the architecture of those years about America might lead us to thinking, for advancing in his reasonings, that the emergent model of the ” tower of crystal “, still today in force and increasingly I carry to extremes, it might guard a parallelism with the effective jump to the bipedestación homínida. With the ascent to the vertical liberating one. Being able to see this way this one moment as a luck of point of inflexion in the way for crossing. 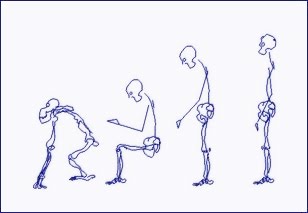 That Oíza’s trip continued giving his fruits during many decades. Equalizing always the architecture to the life.

It is possible that we never pay the debt of his many educations.

They are fulfilled ten years without Oíza strictly between ourselves.