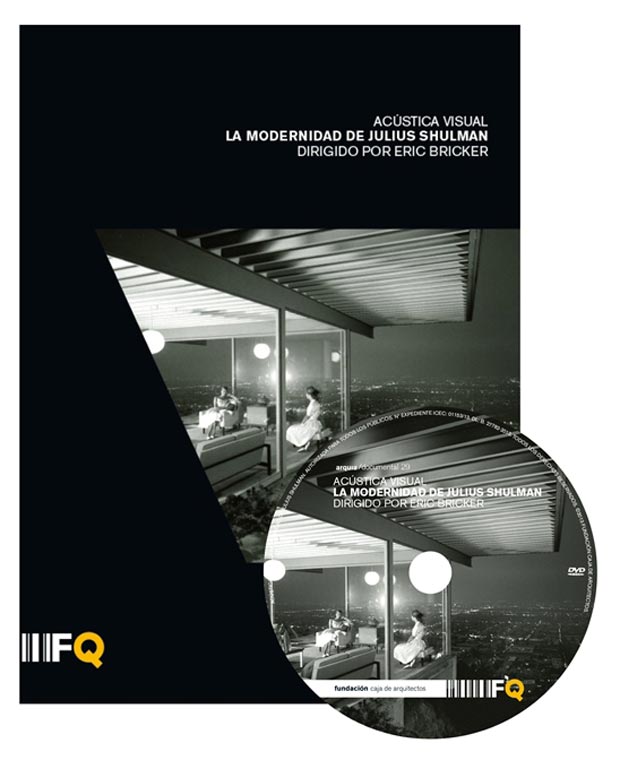 ARCHITECT. PHOTOGRAPHER: Julius Shulman (1910-2009)
Was one of the principal photographers of architecture of the century xx. Naturalist, educator and commentator of the urban form. Shulman developed a narrow relation with the architects of the Modern Movement, principally with those who were employed at the south of California, as Gregory Ain, John Lautner, Richard Neutra and R.M. Schindler. Shulman also captured the work of almost all the American modern and progressive architects from 1936, including Frank Lloyd Wright and Frank Gehry. Prolific author, consultant, lecturer, exhibitor and publisher of his own and vast file, Shulman was kept active up to his death in July, 2009.

“I consider my counselor and friend to be Julius Shulman. Few persons have had such a deep impact in my life as him. Two things were evident in my first meeting with Julius in the spring of 1999: first, that the photography created by the man is not anything less than the amazing, and second fact, that the own Julius was so impressive as the work that he created”

During his period in Los Angeles, Eric directs his attention to the production of cinema and television, working with talents as Jerry Seinfeld and Alec Baldwin. In this epoch there creates his signature Artistic Designs Unlimited, a technical consultancy in the one that develops a comprehension of the spatial needs of the clients, which he translates into original works of art and which there allows him to develop a major visual vocabulary and the sense of the design.

AUTHOR DEL LIBRETTO. Will Paice
Coproductor of Visual Acoustics, the director of cinema, writer and adviser of strategies online established in the United Kingdom. After interfering in several companies of the industry of the cinema in London, Will changed to Los Angeles in 1997 to manage and to preside at Panavision’s headquarters in Hollywood. From 2003 he devotes himself to other interests related to the cinema, the architecture and the property.

During more than fifteen years he has been very involved in the conservation of relevant works of the architecture of middle of century xx, specially in the residential architecture of Los Angeles, Palm Springs and the south of California. It was in the Palm Springs Modernism Week in 2004 when Will knew Julius Shulman and had knowledge of the accomplishment of the documentary Visual Acoustics, that finally coproduce.