Reform of wardrobes and municipal swimming pool in Maceda | trespes.arquitectos

From the year 1971 Maceda’s municipal swimming pools have been a fundamental equipment in the summer local leisure. After successive reforms that were not satisfying the current demands, the town hall decides to attack an integral reform, reform that has like determining of item that the swimming pools do not stop in his functioning during the summer in the one that the works develop. This together with the requirements and budgetary availabilities they lead to raising an intervention that will be executed in two phases. 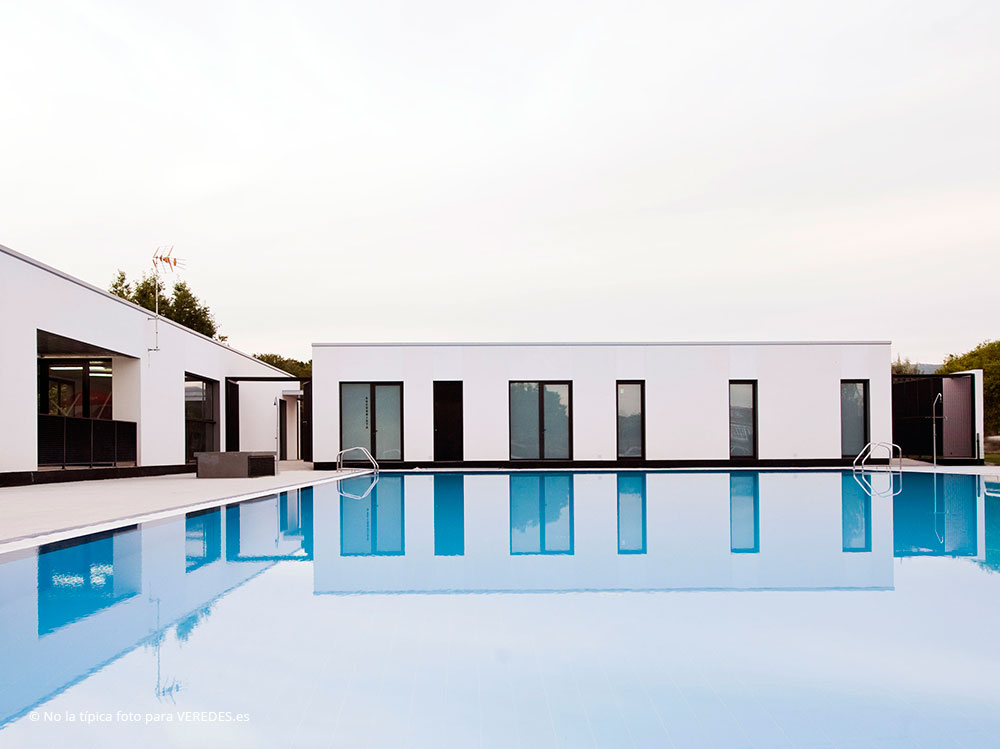 During the first phase, which will be carried out in the months before the opening of the swimming pools, there are conditioned the glasses and the facilities of water purification, the “beach zone” and there are executed the foundations of the new building that will shelter the wardrobes and services. Once complete this first phase the swimming pools will enter functioning together with the very old existing building of wardrobes.

The reform supports the situation of the adults’ glass conditioning it and adapting it to the current regulations and it displaces the infantile glass liberating space to locate the new building of services. This one is located between the swimming pools and the tennis courts, giving service also to these and generating a corridor that has continuity with the pedestrian gangplank that it crosses on the river Arnoia and connects the equipments with the park of the opposite margen.

Three volumes shape the building of services that with slight displacements on his alignments organize the accesses and the traffics. Both volumes located in parallel lodge the wardrobes and services related to the functioning and maintenance of the swimming pools, generating between them a corridor where the marine tents deslizantes darken it and protect it from the solar radiation of the hard summer ourensano. The third volume, perpendicular to the previous ones, annotates the set and gives content to the cafeteria and the stairs that uses as access to the place of facilities underground, inheritance of the previous condition.

The wardrobes use as filter, have access for users with clothes of street and direct exit to the pediludio of access to the zone of swimming pools, not crossing ever both traffics.

His execution, simple and without extras, a leaf of block of termoarcilla of 24 cm, re-dressed in both faces, forms the closing and uses as sustenance to the cover executed with panels of sheet of steel prelacada, between which there are inserted translucent panels of polycarbonate that improve the light conditions of the wardrobes. In interior white painting on coating of cement mortar in walls, stucco in ceiling and constant pavement of resins of easy cleanliness.

Work: Reform of wardrobes and municipal swimming pool in Maceda