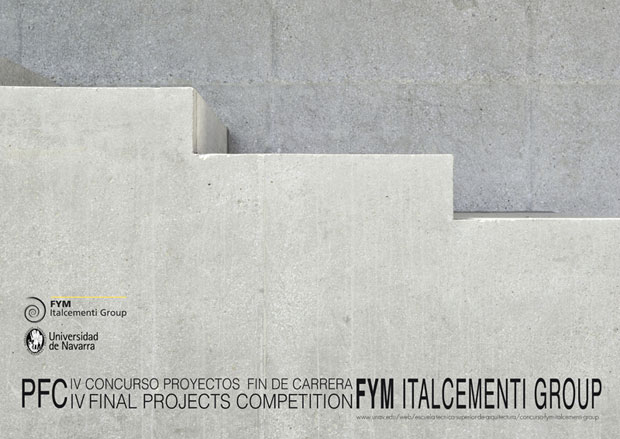 · The prize consists of the concession of a scholarship that covers the cost of the matriculation in the Master in Architectural Design, which is given in the School of Architecture of the University of Navarre.

· The winner will have to fulfill the requirements of admission in this program.

· Participants. There will be able to take part those persons who have presented his PFC in any School of Architecture recognized officially in his native land between September, 2013 and September, 2014.