There is Giulio Carlo Argan´s book hat titles The concept of architectural space from the Baroque to our days, of the sixties and today descatalogado (as so many people and so many fundamental books), that seems to me to be the most interesting. (It was of the New publishing house Vision, of Buenos Aires, and I am useful to be grateful to the Argentine publishing houses for the immense labor that they have done for the culture in Castilian, and the great thing that we owe to them from Spain. Also I greet fondly to the libraries and to the old man’s bookshops, which leave us to know tantísimos books that the market and the mode have devoured).

Good: To The grain. I have said that today I would become marvellous, but I will have piety of you and will simplify everything what could.

Argan says that the space is not an objective, definite relidad, with a stable structure, but it is a concept; it is to say, an idea that has a historical own development.

From the Baroque to the present day this concept of space has transformed from being considered to be something previous up to understanding itself as final attainment.

The architect of the Baroque realizes that the space does not exist before, but that he can create it. You imagine the strict regulation of the Renaissance, the orders, the clarity of composition. Then the architect also was creating, but his creation was to state that the space was since had to be, that the work had realized correctly.

Nevertheless, the architect of the Baroque believes convexities and concavities that hit, unforeseen and untid explosions, contradictions. The space is not previous, but it is deciding across the architectural forms. The architect does that the space flutters, and the human being meets immersed in a mental conception, in an abstraction that, nevertheless, materializes very carnal and concretely. 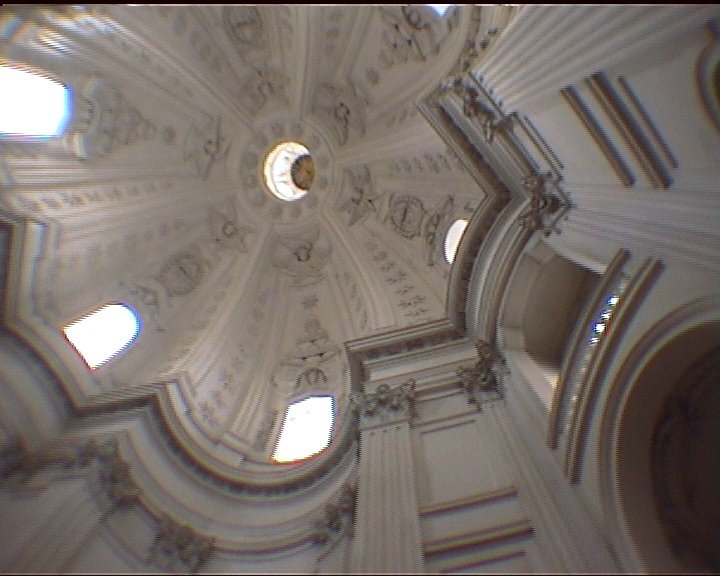 The architect already does not represent the space, but it does it.

To the “man of the system” the world appears as a constant structure, and therefore the space is a mere geometric reality, and is immutable in his laws.

But the man who resolves to accept the movements of his own interior life will try to clarify how this life develops, and also he will consider his own life in relation with her of the others. It will be an open session, alive, creativly, mutable, enough desasosegador, complex. I see Borromini and Frank Lloyd Wright; you not?

For the man of the system, for the contemplative man, the space is a revealed information. But if we depart from the beginning of that the experience is what counts, it will happen that ours to exist in the reality will be able to constitute the constant determination of a space (the space that I cross, the space that I see, the space in which I move and in which I experience my emotions). There is a constant transformation of the values of the space, transformation that is tied by the activity: my activity, the activity of the others, the activity of my social group…

But this is complicated furthermore when, in the modern movement, the spatial architectural problematics “contaminates” with that of other fields, and with the cultural coordinates of every architect. Already there is no only “spatial concept of our time”.

The architect no longer tends to the “construction of space”, but to the “phenomenalization of space”. In both expressions, the word “space” does not mean exactly the same thing. In the first, God did not create space, but things, and then man created space to understand the relationship between things. In the second, the word refers to the unlimited extension of the world, with all the facts that take place in it, and which finds its phenomenalization through the work of art in general and architecture in particular. (My existence is a phenomenon and is realized in the world of phenomena).

Let’s leave here. When they raise another handful of positions I will speak about the literal space and about the space fenomenológico. But per today already I have given you enough the ember. I suppose that you will be wishing to turn me to lowering a few positions; that put me in my site and the humitos stoop me a bit. Since you have reason.