When there will be architecture? Jose Manuel Aizpurua and Joaquín Labayen

The Museum Oteiza presents the exhibition “When there will be architecture? José Manuel Aizpurua & Joaquín Labayen”, a sample formed by more than 150 objects, photographies, drawings, planes, documentation and maquetas of some of the most meant projects realised by these two authors, emblematic architects of the movement racionalista European of the first decades of the 20th century.

Many of the architectural projects realised by these two authors did not arrive  to build, but the Nautical Club of San Sebastián (1929), constitutes a milestone in the history of the architecture of the 20th century. This sample, curated by José Ángel Medina and Santos Bregaña and produced by Koldo Mitxelena Kulturunea, and that now exposes  in the Museum Oteiza thanks to the collaboration of the Delegation of Navarra of the School of Basque Architects Navarro, with the one who the Museum Oteiza has subscribed an agreement of collaboration and the Mancomunidad Region of Pamplona, proposes some routes by numerous original planes, drawings and images of the most significant projects of the authors, and includes the maquetas of 6 no built projects between 1927 and 1935, in which they collaborated with other authors like Lagarde, Aguinaga or Sánchez Arks. 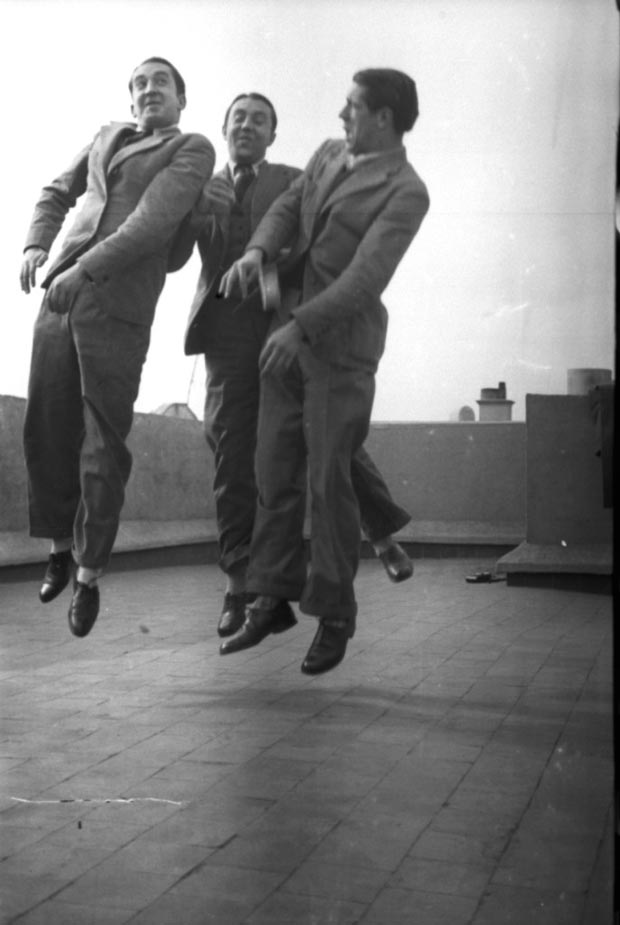 In this way, the exhibition proposes a route through a group of pieces that express a more scientific way and rational to conceive the architecture, that, after the famous congress of the CIAM of 1929, allowed to build houses cheaper and of greater dignity that the built until then with the simple application of the maximum of the scientific efficiency and a narrow collaboration with the world of the industry.

In this context, José Manuel Aizpurua drafted in 1930 the self-evident When there will be architecture?, that gives title to this exhibition, in which it concatenates a series of complaints on the constructive panorama of the period, that suppose all a self-evident of the questions that the new architecture has to solve. From the first words of the text –“The architecture in Spain does not exist; there are not architects, there is pasteleros”– the donostiarra rushes forward with rotundity against all those attitudes that he considers hurtful for the architecture. The most present argument has to see with this idea of the architect “pastelero” more concerned by the composition of his buildings that by the true spirit of service that has to occupy to the work of the architect to the time that demands to the “Architect – Architect”. Likewise, they exist a series of affirmations apropos the service and the education of the “masses” like “the new architecture is of the masses and comes to them to redeem them”, that remit to the actuality and influence of the thought of Ortega and Gasset.

On the other hand, several elements link the lives of Oteiza and of the architects Labayen (1900-1995) and Aizpurua (1902-1936) : his Gipuzkoan origin, his interest by the new aesthetic languages of starts of the 20th century, and the convivencia in San Sebastián in the previous years to the Spanish Civil War. But Oteiza always remembered that his first references on the art of avant-garde knew them through the magazines and publications that these architects handled in his study of the Gipuzkoan capital, that allowed him deepen in his artistic intuition and cultivate his look. Like this it relates it in his article Remember and forget of José Manuel Aizpurua, published in the monographic number that the New magazine Form devoted to the architect in 1969, in which Oteiza remembers that “there I saw for the first time a Cahiers d’Art and opened the eyes to what happened in Paris”. This sample, pretend to be the reunion of the protagonists of this history 78 years afterwards.

When there will be architecture? José Manuel Aizpurua & Joaquín Labayen
A production of Koldo Mitxelena Kulturunea adapted by the Museum Oteiza.
With the collaboration of the Delegation of Navarra of the School of Basque Architects Navarro and the Mancomunidad Region of Pamplona
Of 13 June to 6 October 2013
Curated and design expositive: José Ángel Medina and Santos Bregaña