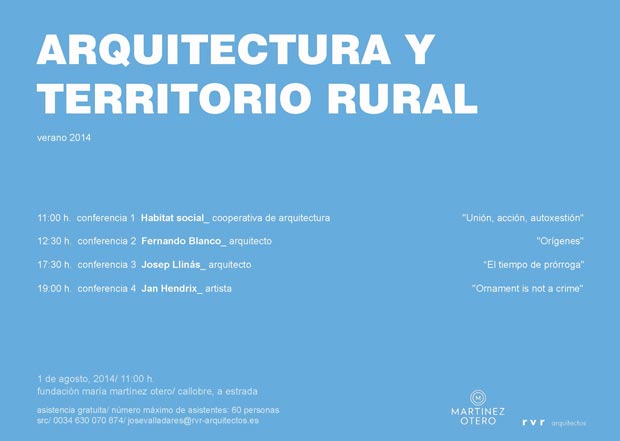 To think about the globalidad of this social territory, and on partial aspects of the same one that with that the architecture has to deal as the scale, the activity, the planning, the landscape, the public space, the mobility, the energy, the house, etc. This meeting arises of ” architecture and rural territory “. It does it besides from inside this territory, in Callobre’s village, in To Highway, to conform as a place since to locate year a year, during the summer, in an idea also of holiday and community, to the reflection, to the interpretation of all this world, opened the one who has something that to say and whom it has time also to listen and to see what others, inside and out of Galicia, inside and out of the architecture, they could tell us. 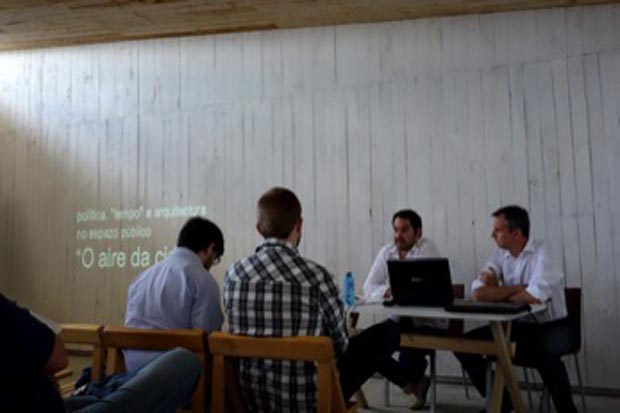 On Friday, the 1st of August, 2014 in the Foundation Maria Martínez Otero. Callobre, A Estrada

Jan Hendrix. Artist. Ornament is not a crime.