Learning of Las Vegas. The symbolism forgotten the architectural form 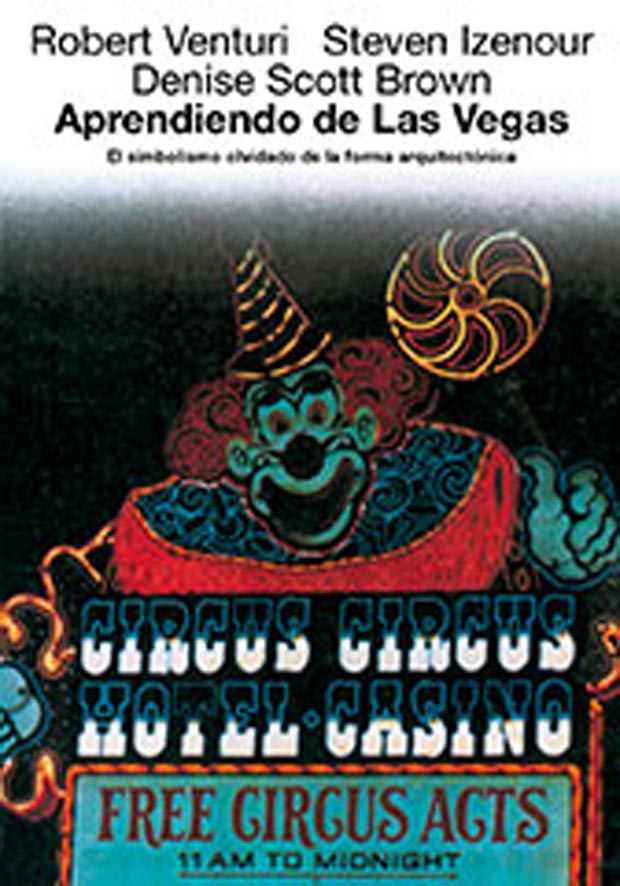 In 1968, one group of three teachers and several students of the school of architecture of the Yale University they made a trip to Las Vegas in order to carry out a project of investigation on the formal analysis of the architecture of the peculiar city of the State of Nevada. The result would materialize four years later with the publication of Learning from Las Vegas, a book that waved the academic world of the moment and supposed a point of radical inflexion in the history and the critique of the architecture.

Following the stela of the tradition of books of trips written by architects, Learning from Las Vegas documents and investigates the urban dispersion and the methods of representation of the capital of the entertainment. Venturi, Scott Brown and Izenour studied held up the symbolism of a city that had grown in the middle of Mojave’s desert to a speed never dress till then, a city mirage which advertising fences of neon and the extraordinary low urban density were shaping, specially by night, a luck of urban space of fiction. With his analysis the authors extended the use started till then to the forms of communication of the architecture and put for the first time the area of attention in questions that were considered to be foreign to the world of the architecture: the discovery of the trivial thing and the beauty of the ordinary thing.

Considered as one of the big manifests of the postmodern era in architecture, Learning from Las Vegas is one of the most influential texts of the theory of the architecture of the second half of the 20th century.

Robert Venturi (1925) is an architect for the Princeton University. After working for Eero Saarinen and Louis I. Kahn, established his office in 1958, where it worked associated with Denise Scott Brown from 1969 up to his retirement in 2012. His work has been published in numerous monographs. He has been a teacher in the University of Pennsylvania, the UCLA and the Yale University, and between his books more acquaintances are Complexity and contradiction in the architecture (1966), To View from the Campidoglio: Selected Essays 1953-1984 (1984; together with Denise Scott Brown), and Architecture seize Signs and Systems for to Mannerist Time (2004; together with Denise Scott Brown).

Steven Izenour (1940-2001), architect for the University of Pennsylvania and máster in the Yale University, was during more than three decades one of the principal members of the signature Venturi, Scott Brown and Associates. Defending road surface that of North American popular architecture, during his professional path it combined the activity as architect with the critique and the teaching in schools of architecture and universities of The United States, Canada and Europe.