The architect Antonio Amado describes the project in detail, it relating to the architectural work of Him Corbusier, the Utopian urban development visions of the Modern Movement, and the designs of cars of other architects as Walter Gropius or Frank Lloyd Wright. It contributes abundant images, including many pages with sketches and planes of Him Corbusier for the Voiture Minimum, and reproduces the letters that Him Corbusier sent to search some manufacturer. Often there has been mentioned that in the design of Him Corbusier was the inspiration of Volkswagen’s popular and eternal “Beetle”; the own architect was involved very much in this question, invoking that his design for the contest of 1936 originated in 1928, before that the “Beetle”. Amado, after consulting in depth files and original sources, it differs of this, supporting that the influence could have been precisely the opposite one.

Though many critics thought that the Voiture Minimum was not any more than an anecdote in the career of Him Corbusier, for him it it was not by no means. This book, profusely illustrated and exhaustively documented, Corbusier returns the car from Him to his central place. 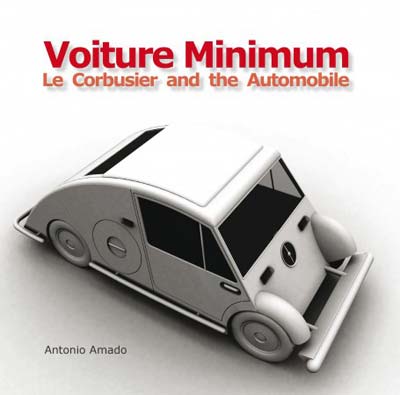