Gradually we turn into nomads without an own space not defined. We are forced to live in a time that we do not control and that ranges between different worlds that we have to manage interpret to manage the commitments to which it forces us. We live immersed in different universes that they superpose and interact forming a great mosaic in perpetual movement inside a global world. We are in an environment of permanent change and of undecipherable future in the one that is constructing him a world formed by global networks sustained by the Technologies of the Information and the Communication (TIC), that turn into the axis on the one that turns a new paradigm informacional, and of that we are participants from the experience of a digital reality as royal as the physics. The above mentioned set of realities is capable of stimulating the development of a new order informacional that will allow us, if we want, to be active actors of the paradigmatic changes through that we live. The informationalism is structuring our company of permanent and ubiquitous form across technologies of code opened, submitted to a new neodarwinismo now informacional, that modifies the notion that we have of space and time, and where the materiality of the industrial company is transforming to turn into a digitalization that does not deal on limits.

From here we start explaining our positioning as architects and town planners. A position that, to image of the company in which we live, comes marked by the management of an environment informacional increasingly complex and plunged in a continuous and rapid transformation. A transformation without a course predictable that concerns all the areas of our work, and it forces us to position us in front of a company in perpetual question. This structural change, consequence of the Company Network, has led to re-defining two of the bases of our existence, the space and the time. As consequence, we are forced to give response to both props on which there is structured our company, a new concept of space, the space flow, and other one of time, the timeless time, that inevitably will coexist with the previous ones. New concepts of space and time that are a product of a historical transformation, where the technology marks the promise of the new one to develop.

e have to deal, as architects, that the space already is not organized only about the idea of progress or is destined for the development of the work strengths, since it happened till now in the industrial company. At present there appears the concept of space of the flows as the tool to give material form and support to processes and functions constituted by nodes and networks that arise from the Company Network. It is the space that is constructed about the flows: of the capital, of information, of technology, of organizational interaction, of images, sounds and symbols, but also of persons and ideas. Flows that consist of multiple and simultaneous sequences of exchange and interaction between the different social actors in all the areas of our company (political, economic and symbolic), that is to say, the Company Network has turned really into a procesadora of flows. From here we meet the consequence of which the places based on the contiguity and the practice, the meaning, the function and the locality, already do not form a part of the only spaces, but they acquire a nodose paper between multiple fragmented spaces and, in many occasions, disconnected. Since Manuel Castells raises, we are opposite to ” a new spatial form typical of the social practices that dominate and shape the Company Network: the space of the flows. The space of the flows is the material organization of the social practices in time-sharing that they work across the flows”1.

Parallel to these expositions, we have to manage a new notion of time, a timeless that remains, for the first time, separated from the idea of place. This time stops being subordinated to the space to give place to a sequence of untid and simultaneous events. Creation turns of and on the unforseeable thing, and like he adapts to the randomness also it has the faculty of reelaborarse. A new time that already comes regulated neither by the biological paces nor for the slavery of the clock as in the industrial company, but it seems to look for the denial of the sequence to define his own existence. A time that appears compressing and blurring the sequences of our social practices, including the notions of past, present and future. A timeless that is not the only time, but it comes to add to the previous ones, to the biological time, to the bureaucratic time, to the industrial time and giving origin to a time that will turn into the activator of other new times, as the glacial time2. We think inside a collage of multiple times that they exist simultaneously, like a hipercronía who shares the same temporality in different times.

The place and the time already they are not the same unit of social construction, but they are re-defined by the appearance of the Company Network, and this fact changes radically the way of confronting the architecture and the reflection on the city and the territorial development. The place and the time they have turned into the maximum expression of the changes of the social and cultural structures of the Company Network, which there constitute changes that are articulated about the paradigm Informacional.

In any case we cannot any more that to recognize, since Luis Luis Mansilla3 raises ” I suspect that the space, actually, does not form a part of our worries, only the time, which spills and escapes between the fingers when we try to catch it ” and that definitively we do not have anything except our time, because it is the time the one that demonstrates in the space and the one that ends up by creating the places. Places that now are begun to desmaterializar turning in sinapsis invisible where the architects only still have the aptitude to generate temporalities capable of being recognized in the space. The above mentioned temporalities transform in a world in constant movement and where the time is the one who allows us to perceive the place, he is the one that believes it.

The biological time, typical of the majority of the existence humanizes and still of the thickness of the human existence), is defined by the sequence programmed of the vital cycles of the nature.

The bureaucratic time, it is the biological time shaped for along the history, that is to say, the organization of the time, in institutions and in the daily life, depending on the codes of the ideological – military devices that work on the paces of the biological time.

The glacial time, it is the time proposed by environmental movements, to live the time with a cosmological perspective of longue durée, contemplating our lives as part of the evolution of our species, and feeling solidary with the future generations, and with our cosmological inheritance. Concept developed by Scott Lash and John Urry in the book “Economies of signs and space” 1994. 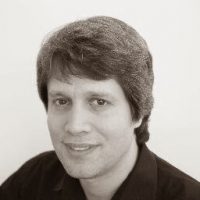