The VIII Biennial Iberoamericana of Architecture and Urbanismo, that promotes the Ministry responsible for public works of the Government of Spain, starts next Monday day 10 in Cádiz with an academic program formed by conferences, colloquia, round tables and exhibitions that have like central axis the architecture to the service of the citizen.

“We want to recover the consciousness that the citizens and his welfare have to put in the centre of the work of the architect. This is especially pertinent since during the last years the architecture, at least in Europe, has derived in phenomenon mediático and formal in place to advance in his capacity of improvement of the life of the people”, express the coordinators of the BIAU, Francisco Burgos, Ginés Garrido, Ángela García de Paredes and Ignacio Pedrosa. 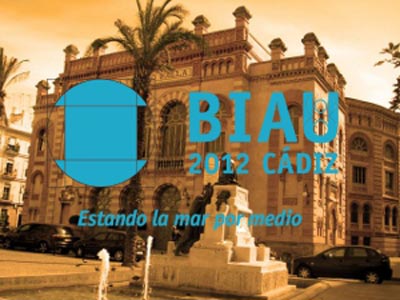 In this way, the thematic will turn around the paper of the architecture to transform the quality of life in three fields: the buildings, the cities and the territory, with the presentation of concrete experiences that they will be object of study and debate. The VIII BIAU starts the Monday in the Bastion of Candelaria with the official inauguration and delivery of diplomas to the rewarded in this edition, in an act in which also it will present  the exhibition of the Biennial, that recopila all the works and works rewarded in this announcement.

The Big Theatre Fails receives the central program of conferences, colloquia and conversations, that will develop  between the Tuesday and the Thursday. By his part, the Oratorio of Saint Felipe Neri will be the one who house the Friday the delivery of the prizes to the Professional Path to Juan Navarro Baldeweg and César Naselli and to continuation the act of closure. Around 600 people have inscribed  to date in this BIAU, that will have the participation of more than 40 architects and urbanistas of recognised prestige. All the acts of the VIII BIAU will be able to be still in direct by Internet in Arquia.es (www.arquia.es/viii-biau), thanks to the collaboration of the Foundation Box of Architects. Each day, once finalised the acts, will repeat  the broadcast, already in differed. All the recordings will be available from 17 September in the same web.

The program, to the detail

The three central days, Tuesday, Wednesday and Thursday, will receive the thickness of the academic activities. Each one of these days will initiate  to the 11.30 hours with the conference of a teacher of prestige that will be presented by an architect chosen to purpose for this. Both disertarán afterwards beside other architects invited on his work and other questions of the profession.

These conferences magistrales will run to charge of the architects Juan Navarro Baldeweg (Prize to the Professional Path of the VIII BIAU, Medal of Gold of the Spanish Architecture, and author of the Theatres of the Channel of Madrid, amongst other), Carme Pinós(that detenta award like the National Prize of Architecture of the CSCAE and the FAD, coautora of the Cemetery of Equalised); and Juan Miguel Hernández León (president of the Circle of Fine arts of Madrid, with the Prize Water Front of Washington in his have and his participation in the remodelación of the Axis Meadow Recoletos of Madrid and the recovery of the walls of Ceuta). The Prize Pritzker Álvaro Siza Vieira finally will not be able to assist and in his place will issue  an interview realised on purpose for the event. Each afternoon will take place two round tables, to the 18.00 and to the 20.00 hours. It will be in them in which architects and urbanistas that have been rewarded in this edition, delegated of the BIAU and other professionals invited disertarán on the capacity of the architecture to transform the territory (the Tuesday), the buildings (Wednesday) and the city (Thursday), exposing concrete projects that they have developed.

Parallel activities in the School of Architects

Beside the central acts programmed by the VIII BIAU, the Official School of Architects of Cádiz has organised a series of parallel activities of free access that will take place in his headquarters of Monday to Friday.

The Monday to the 12.30 hours will celebrate a round table on the profession, where will analyse  the current situation, the real problems that affect him and the keys for the future, with possible exits and challenges that face, to which will assist the president the CSCAE, amongst other. The Tuesday, will be the turn to the 16.30 hours of the presentation of the Network PHI, a project to recover and conserve the architectural heritage of Latin America; and to the 21.00 hours of a round table on sustainability and gastronomy, that will have the presence of known chefs and the architect Enric Ruiz- Geli.

The Wednesday to the 21.00 hours will take place a conversatorio on sustainable creativity, in which they will participate designers and creators like Javier Marshal; whereas the Thursday to the 21.00 hours the subject of dialogue will be the relation between port and city, with experiences of port cities like the ones of Cádiz and Oporto, with participation of the mayor of Cádiz and the president of the Port authority of the Bay of Cádiz. Finally, the Friday to the 21.30 hours will develop  Pecha-Kucha Night, an open event to professionals of any discipline (architecture, art, literature, design…) in which it gives them  the opportunity of expose his work or idea of simple and brief form and like this share experiences and reinforce contacts.Seven exhibitions to fill Cádiz of architecture

The architecture will fill other spaces of the city in seven exhibitions. Of the hand of the own Biennial Iberoamericana of Architecture and Urbanismo will arrive four samples, being the main the Exhibition of VIII BIAU, that ‘will take’ the Bastion of Candelaria. There the visitor will be able to know, amongst other contents, the best architectural projects developed in Latin America in the two last years and the videos that were awarded in the contest Videourbana, as well as a copy of all the publications rewarded in this BIAU.

The Space of Contemporary Creation ECCO will house the exhibition of the last edition of the Biennial Spanish of Architecture and Urbanismo. In her they will show  the projects that were rewarded in the XI BEAU in the following categories: Architecture, Urbanismo, Young Project and House of Official Protection.

The third exhibition, 35+.Building in democracy, is an anthology of the projects that transformed the architectural panorama and the urban and rural landscape Spaniards in the last four decades in fields so diverse like the house, the education, the transport, the culture, the health or the sport. It will be installed home Pinillos-Museum of Cádiz, sharing space with DOMUSae, that invites to know some of the cultural buildings (archives, museums and libraries) that the Ministry of Education, Culture and Sports has built and rehabilitated in the last three decades with the signature of teachers of the contemporary Spanish architecture and another younger generation.

The offer expositiva will complete  with other two samples home Pinillos, Portraits of sobremesa, that gathers drawings of the architect Álvaro Siza Vieria, and The illusion of the light, a compilación of photographies of the past century; both home Pinillos; and another exhibition in the School of Architects on the works of the prizes Sánchez Esteve.

The BIAU is an initiative of the Ministry responsible for public works of the Government of Spain through the General Direction of Architecture, House and Suelo, that rewards each two years the proposals realised in the veintena of countries that conform Latin America, including Portugal and Spain, in the following categories: Works of edificación, urbanisation and urban renewal; publications and works of investigation. Besides, it recognises the professional path of architects. In this edition also has summoned prizes to projects of students of Architecture and to videos that show the look of the citizens on the cities that inhabit.