The Foundation Barrié offers in his headquarters of To Corunna, from November 18 until April 10, 2016, a new cultural and educational project: the exhibition MANUEL GALLEGO. Architecture 1969-2015, the first retrospective of the Galician architect and National Prize of Architecture (1997). The exhibition, comisariada for the own author and designed by the architect and photographer Paul G. Picard, is an own production of the Foundation Barrié, organized in collaboration with Manuel Gallego Jorreto’s study.

The Foundation Barrié complements this project with the edition of a publication and with a wide educational free program, for all the public ones, concerning Manuel Gallego’s work with camps of Christmas, workshops for families and students, holding a permit visits and a cycle of conferences. 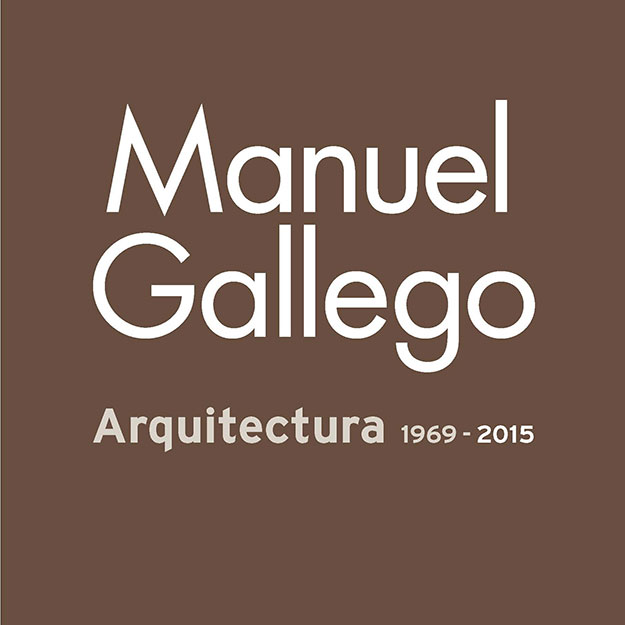 The exhibition consists for a selection of constructed projects and proposes to create a plot thread that allows to develop a speech that facilitates and provokes diverse looks on the architecture, coming closer this way his complexity. For it are underlined some of the conceptual arguments that were the base of these architectures: the idea and the context. The idea like conceptual support of the architecture, as argument that arranges his materiality, his construction, his use, his form and his meaning. And the context, in his more wide sense, as the physical place where the construction is located, but also as this landscape that is an expression of an order on a territory. It is to say it tries of showing him the exterior and interior forces that dominate the project, from what we call local spirit up to the most abstract idea that orders and gives him an intention to the architecture.

For it every selected work defines in the exhibition an own place that us remembers that the architecture is the creation of a place to use and to live. In this delimited space a great site plan stands out as representation and synthetic expression of the context of the work (of his territory), a series of schemes or original drawings that, close to a brief text, help to need the forces (ideas) that determine and form this certain architecture. Accompanied in turn of a puzzle of images (12-15 for project) that allow to see the work from different angles, showing approximations of the materiality and the used language, and if perhaps of a model (more conceptual and expressive of the ideas and chased intentions that realistic representation), one offers a joint vision to the visitor on the environment and the space proposed in every work, at the same time as a reflection on the complex relations that the architecture establishes between both concepts.

In general terms the totality of the exposed projects they are organized across two big thematic paragraphs: the Architecture of the housing and the Architecture of the collective spaces of use. Coherent with an explanatory space divided in two plants, and a chronology where it predominates over the first period of construction of housing that gives step to a later epoch of major development of public buildings and equipments, in the plant-1 of minor size place the most significant residential projects (six), coincidental with the beginnings of the career of the author, and in the plant-2, the most wide, those public interventions prove to be (sixteen) realized ones for the author from 1979 up to the date.

Finally, in this attempt for understanding how the forms and the architectures have managed to be what they are and the porqué of the forces that provoked them, in the totality of the rooms there appears in great format a set of images which environment (light) helps to establish relations between the different works, as well as to create the joint climate to be orientated in the explanatory space.

Present the most representative works of the author, since they are the one-family housing of Corrubedo (1970) or in Or Carballo (1979), winning Museum of Fine arts of To Corunna (1997) and Museum of the Peregrinations of Santiago de Compostela (2012), or equally known Complejo Presidencial of Galicia (2002) and Cultural Center and Town hall of To Illa de Arousa (2005-2008), the retrospective accompanies of other projects fewer acquaintances but equally brilliant since they are: the Strap of Lira (2008), the Cultural Center in Ourense (2009) or the Museum of the Paper of Carballiño (2004).

With a total of 22 projects, 16 of them with his respective model, close to a wide graphical and photographic information and a brief explanatory text. The totality of the explanatory space aúna a total of 24 planes of great format, re-drawn the majority for the occasion, more than 400 photographies organized in different polydiptyches by project, and 16 photos of great size. The set will be accompanied by the projection of two videoes on the author: For the territory of the architecture with Manuel Gallego produced by the TVG (2006), and that of more recent production Teachers of the Architecture, Foundation Arquia (2015).