To world-wide level, the interest by the thematic related to the environment, the cities, the habitat, the poverty and the polución generated (in main measure) inside a system that commonly designate Urban; they have turned into the main diary of the governments of countries developed and of the institutions that look after the progress and development of the countries, such is the case of the United Nations and the aims of the millennium. However, the applications in function to reduce the pressures that the urban systems exert on the earth, have to go but there of the good intentions and the promotion of programs of investigation in the most prestigious institutes of the university and companies interested.

The Technologies of the Information and the Communication (TIC), have showed to be trascendentes by the impact mediático that they can generate in the social behaviour of the human beings, a clear case of this was all the political campaign of Barack Obama in his candidature to the presidency of United States; in which the effectiveness comunicacional of the social networks and the diverse platforms of social and informative interaction remained totally showed.

In such a way, the potentialities that have these alternative means to the physicist-tangible are necessary to implement and coadyuvar in function to establish a main balance between the environment and the human habitat, which are interdependent and have to co-exist in dialogue. They exist already in Internet a lot of platforms of social networks, in a lot of cases tied to the innovation and to the worry of the diverse environmental problems (Infonomia and Facebook). However still it does not generate  the necessary strength in the citizenship of the diverse countries of the world to reduce the indexes of pollution and pressure on the earth.

MASSIVE CHANGE Is a movement with headquarters in Canada led by Bruce Mau and the Instituto Sin Limites, that promotes the design like an indispensable tool for the generation of a better Habitat, so much from a Creative approach, Architectural and Urbano, until a Political approach, Economic, Computer and Biochemist, amongst other. Understanding that the capacity catalizadora of the human being by gestar development, no only can be piped to the detriment of the environment; but of equal and even better way in dialogue and optimisation with the resources that caters us the nature.

Following this way a lot of groupings to world-wide level add  to this research, some of isolated way, others establishing links and networks between them. There is not doubt that of face to the future, this practice will begin to popularise  a lot of more. For the moment we would have to consider the Technologies of the Information and the Communication, to be part of the massive Change. Generating best practices from a personal stadium, treating of incidir in our houses, in our vecindarios, in our cities, and of the same form in the planet.

The generation of small sustainable actions and the diffusion of the same in small groups are of high efficiency, such as it says us Majora Carter: “If we work together, can turn us into these small groups that grow quickly and that have the prowess and the audacity to think that in reality can change the world”(1). In synthesis, can speak to change the world because “it is badly”, however would cost but the penalty not changing to the world, but change us to us same; the world does not have the fault that ours stupidity was bigger that our Intelligence, restarting the unforgettable sentence of Einstein “Only there are two infinite things in the world, the universe and the human stupidity…… And I have my doubts” by Albert Einstein

Appointments:
1/Conclusions of the Conference Ted of Majora Carter in 2006. www.ted. com

Notes:
It´s published the Wednesday 16 December 2009 in:
http://aplicacion10-4.blogspot.com/2009/12/la-preocupacion-environmental-and-the.html
Written the Friday 6 November 2009 like part of the profile sent to the announcement realised by the Blog of La Ciudad Viva to be correspondent of the same 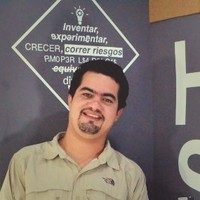