The Caja Architects Foundation has edited the number twenty-three of his collection arquia/documental, about that already one has spoken here in other occasions, his title is KOCHUU, Japanese architecture: influences and origin and Jesper Wachtmeister directed it in 2003. Do not be afraid, I did not know either that it was KOCHUU, which as they indicate in the web page of the Foundation: ” it is a Japanese concept that it means ” inside the vase ” o ” in the cage “, that one says to the Japanese tradition of small constructions and physical closed spaces that they recreate the impression of a universe separate “. In spite of his title, the movie does not treat on the traditional Japanese architecture, but on the influences that this one has had on the architecture of the 20th century, both Japanese and northern, in fact, there are seen buildings of Alvar Aalto and Erik Gunnar Asplund and architects are interviewed as Sverre Fehn, Kristian Gullichsen y Juhani Pallasmaa, as well as the Japanese Kazuo Shinoara y Toyo Ito. 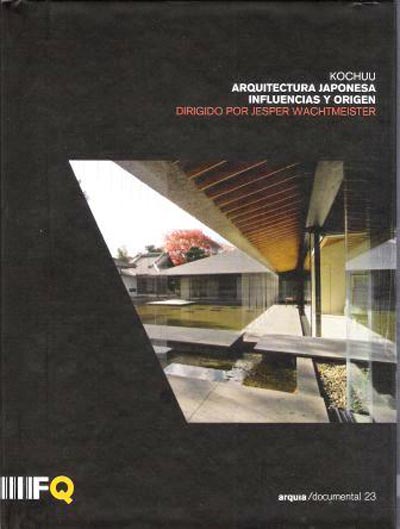