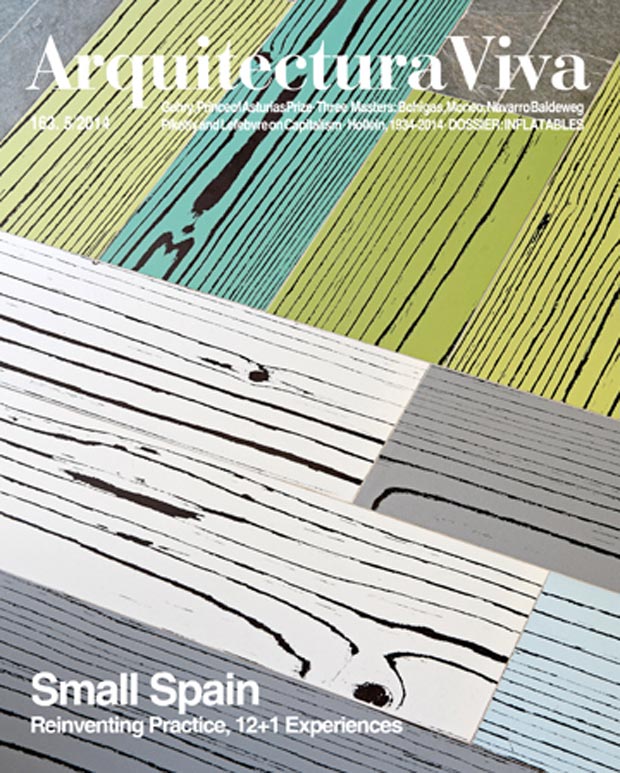 When he woke up, the crisis was still there. Paraphrasing Augusto Monterroso’s micro story, we seek shelter in the fertile territory of projects and dreams to avoid having to face the desolate state of a professional and personal landscape that has suffered a devastating tsunami, but when we open our eyes, the dinosaur of the crisis is still stubbornly with us, determining every move and every gesture. Almost seven years after Lehman Brothers went bankrupt in 2008 – an ill-fated 15 September that marked a turning point, perhaps in the end even more historically significant than the tragic terror of 9/11 –, Spain is still deep in economic, political and social stagnation, and the young embrace the optimism and hope of the half-full bottle with tiny projects that allow experimental freedom and bring sentimental satisfaction: these are works small in size but big in ambition, effort and talent, which collectively help to crystallize a pixelled portrait of our country today

In the first year of the crisis, our sister magazine AV marked its twenty-fifth anniversary with fifty minimal works (AV 140, 2009), and we presented the issue with the bright and predictable examples of minute and diminutive architecture, from Bramante’s Tempietto to Borromini’s San Carlino, and the unavoidable references to the virtues of the small scale, promoted during the counterculture of the 1970s under the felicitous motto coined by E.F. Schumacher in a book whose Spanish edition I published back then, and which now lends its title to the introductory article by Emilio Tuñón. Five years after that AV issue the dinosaur is still here, and the endeavor to find beauty in small things and health in the slimming cure that architecture has undergone is starting to sound hollow and to show signs of weakness. The recovery efforts collide against the walls of self-absorbed elites, and the proactive energy of the young is diluted in discouragement or exhausted in fatigue.

The motivation to continue building in a hostile context eloquently shows the resilient tenacity of this new generation, able to find technical, programmatic, and aesthetic challenges in small commissions. However, it does not seem safe to say that the future of a field that strives to reinvent itself lies necessarily in the small scale, even though many of these projects can move us with the obsessive intensity of their committed devotion to architecture. The cover image, an Italian pavement whose pieces Izaskun Chinchilla has combined haphazardly, evoking with the chromatic artifice of the wood veins an artistic genealogy that recalls cubism through the pop interpretation of Eduardo Arroyo or Equipo Crónica, is a good example of that touching and excessive dedication. When we learn that the world’s urban land has tripled since the year 2000, it is only fair to ask oneself if the role of architects demands other scales, and perhaps also other geographies.