It is projected in a very peculiar location, the backs of the parochial cemetery. The iglesiario shapes a unit porch, temple and cemetery placed in a promontory out of the core. The museum rests on a former building (to house it gives factory) to accede, and there is projected a new elongated volume that will be the new front of the cemetery.

The project appears as practical complement to a School workshop, the theoretical part is realized in collaboration with the didactic equipment of the obradoiro of emprego of Vedra adapting this way the didactic modules of gardening, masonry – hewn stone and carpentry. 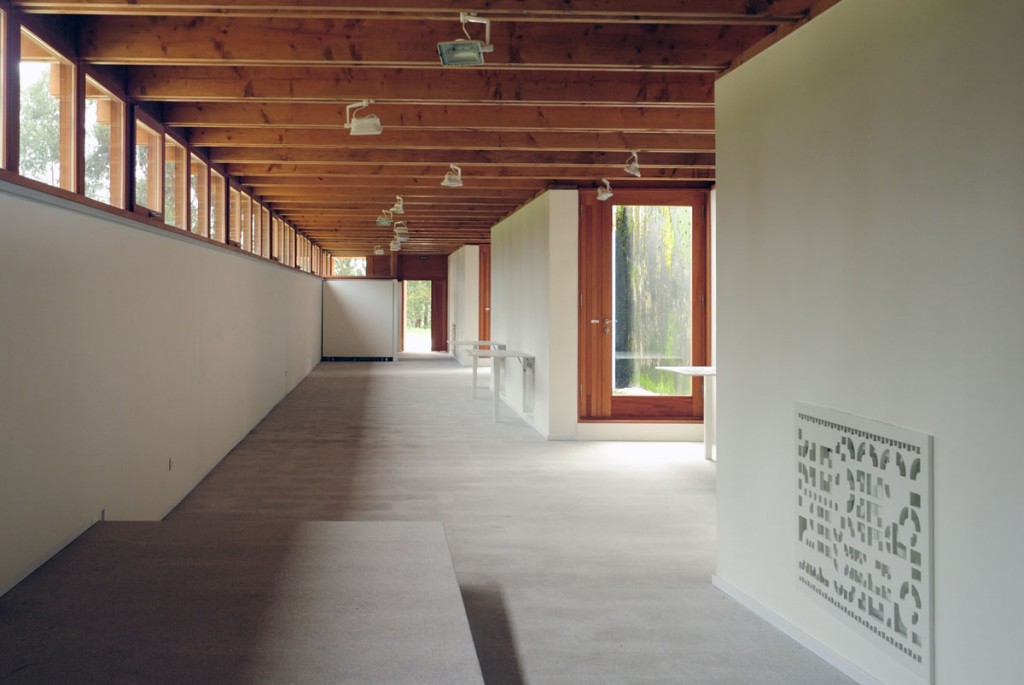 Given his peculiar situation the action is based in completing the gathering of the cemetery trying to give coherence to the front of the set by means of the use of a constant wall of stone of the zone. Fruit of the archaeological excavations there are discovered remains and fingerprints of Celtic accessions that they speak about the origins of the core and about the peculiar situation of the iglesiario out of Vedra’s urban core.

The construction and the didactics

Constructivly there is projected an attainable building, capable of workshop being executed by a school. Gardening, masonry and carpentry will be the workshops that realize the thickness of the work, of equal way the project is realized orientated to giving didactic response to the above mentioned workshops.

Thus the structure of cover is based on a succession of girders of wood that include the electrical facilities following all of them the same module what allowed to execute the work with rapidity.

The great room is illuminated and ventilates by the windows of front and by the interior courts. The tabiquería allows to adapt his interior distribution to be able to face to different uses.

The building appears with two accesses to support a possible reversible use of the same one.

The schools workshop Opposite to the constructive simplicity of the work study the meetings and details, always as solutions seriadas in coordination with the plan of formation of the didactics inside the modules of masonry and carpentry principally, which favors the accomplishment of repeated elements in order that all the pupils take part of the learning. The windows of front, fixed and practicable, the doors of the courts, the girders of cover, it covers radiators … Everything is realized in pairs or trioes of a sequential way.