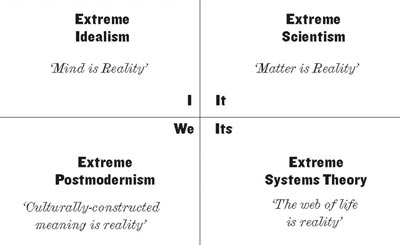 Surely it cannot be said that everything should happen in the decade of the 60, but yes one can affirm that this one was a decade of big changes, of big social transformations, changes, that today we can observe how they are more alive than never. Looking backward, it is easy to recognize significant transformations that have his origin in these years and that come to our days in full activity. No doubt, the decade of the 60 represents one of the epochs of all the 20th century that in a pacific way in general, the parameters for which the world was measuring up, suffer a convulsion capable of putting topsy-turvy uses and customs, projects and longings of a world that leaves the modern project to enter in another epoch, probably more confused, probably more opened interpretations, probably more indefinite, but undoubtedly more complex, much more complex.

To understand how in this point of the history it starts a process of transformation that we might define as the step of a logic of the order to a logic of the complexity, coarse sewing to revise someramente the events of social, economic, cultural, technological and political order that will be transforming in a radical way our company and realize since in every event it implies a new level of complexity, every transformation makes a new limit described, since it goes one more hank being woven and thicker of related realities one with others. A characteristic of this decade is that the area of the possible thing is extended enormously, creating this way a few new rules of game.

The great success that there have obtained the changes happened in the 60, the appearance of a conscience of transformation and the enormous range of disciplines affected by these, makes think that of all the 20th century, it is in this decade where there takes place the major concentration of transformations of bottom, stimulated by a company with an enormous need of change, of evolution, of break of schemes towards a new liberation, the new ideal some.  It wanted to clarify before continuing, that when we speak about changes, I refer fundamentally to deep changes in the mentality of the company and of the individuals, changes that will carry the appearance of new technologies, of new political orders, of new cultural positionings, of new economic strategies and new social profiles.

Evidently all these transformations do not happen in a decade, but they are falling during years and years to the present day, are praised, are taking form as the company informs, in all the points of the planet, it is maturing. Or said differently, the changes that decade to decade they go happening since then, they have to a great extent his origin in the chain of events that starts in the decade of the 60s.

There exists in this moment the blind confidence of which a new company was possible and necessary, an unstoppable energy was stimulating thousands of persons to fight intellectually the major one of the times, for a new company that only 5 ó 10 years before had turned out to be difficult to believe. The atmosphere of the western companies turned electrizante and an unknown impetus got hold of many young persons and not so young that moved since for an imaginary spring were getting up every morning with the intention of changing the company of end to tail.

A reflection on the characteristics of these transformations, leads us to detecting that they have jointly three vectors of change, in major or minor measure similar in his behaviors, that is to say these changes are ruled by a boss applicable to each of the small revolutions that the rebellious ones shape 60 and that the characteristic of these bosses have favored the fact that the changes happened in the 60 have had a definitive influence in later decades.

The changes take place to an unusual speed, the spread of the factors that these changes induce they are assumed to a pace so dizzy that they stimulate to the company to a natural trend to the loss of order, to a certain entropy. For the innovation that these changes introduce and in turn for his speed of spread, the effects that they generate provoke a species of stun and a clear sensation of disorder, of loss of references and parallel of manifestations of distress or of explosive creativity in diverse areas of the company.  If a change already supposes a powerful destabilization of the foundations on that one agrees a subject, a change great speed provokes an authentic sensation of personal cataclysm. In those cases in which a person sticks fast to the current of these changes, the doses of enthusiasm and energy multiply in an exponential way. In the decade of the 60, those that assumed a role in these processes of transformation, had a sweeping autoconfidence, were feeling immersed in a revolution of enormous consequences and were turning into a machine of ideas, actions and followers generated.

The territorial area of these changes becomes global. Already be for implantation, since for reaction to these changes, these are never on a large scale local but the depth of these transformations is given in global terms, to a planetary scale. For the first time the changes spread for all the continents, they will affect million persons and in those cases in which an adverse reaction takes place to the changes, they generate a “background noise” in wide caps of the company that more soon or later end up by going out to the light and developing all his potential.

Equally the conceptual scale of these changes is enormous, there is no taboo that stays without checking, the intellectual framework with which the new ideas are constituted puts topsy-turvy all the commanding values, from the religion to the politics, happening for the sexuality, the social uses, the most basic customs, etc. An infinite stream of assumed “truths”, it puts in question, they are debated and fight in different points of the planet.

Joined the territorial magnitude of these changes, the transversalidad of the same ones is associated. The changes and transformations are of wide spectrum. Neither the social powerful classes, nor the most disadvantaged classes will remain immune to the depth and radicalidad of the transformation that the new paradigms generate. In any case the solidity of a new middle class will be seen special and irremediably affected by these vectors of transformation and in turn this middle class will constitute the aim of the application of these changes. Nevertheless, probably for the first time in the history, the transformations are of nature “interclass”, different social strata are in the same intellectual trench. This aspect does that the changes have major repercussion and significance. The brotherhood between different social spectra favors enormously the sensation of global change, of radical transformation and of advent of a new reality. Students and working, intellectual and civil servants, housewives and children of the well-off classes are and are mixed in debates, manifestations and all kinds of actions of protest.

The nature of changes has changed

“Constant change has been the backdrop to our lives. But the nature of changes has changed.”

Peter Buchanan begins this way of forceful a recent test published in The Architectural Review.1 Undoubtedly and conceptual frame of Buchanan’s text places in the deep global recession through that we are living, entered squarely in the second decade of the 21st century. But an attentive reading of Buchanan’s text does not stop giving the impression of which the above mentioned old man “from those powders these muds come” it returns to be fulfilled. Buchanan’s argumentation finishes with a guessed right affirmation:

“The conceptual thinking still conforms to the paradigm of modernity. But as Einstein pointed out, a problem cannot be solved with the same level of thinking as created it.”

That is to say, already it is time that we assume that to look ahead we should stop looking for the rear-view mirror. The speed, the scale and the transversalidad of the contemporary changes have mutated of nature and already they are not a counter programming to the modernity. Well it is true that the origin of all I change we can find in the decade of break that he supposed the 60s, but also it is true that the evolutionary logic of these changes has ended for modifying his deep structure and to be urgent to restate a fast, scalable and transverse response according to the magnitude of the current changes of a form totally liberated of the modernity and also like not, of such a boasted postmodernity.

There is imposed a spirit of overcoming of previous stages to confront with valor and a certain dose of politicallly active optimism one to flow constant of transformations that today already can start being explained from yes same, from his consistency and density, without the need to cross to culpabilizar a modernity, today totally amortized, not a postmodernity totally overcome by his own sense of the sarcasm.

Let’s open well the eyes, let’s breathe depth and preparémonos for an incessantly demanding, undoubtedly necessary and programmatically liberating trip: the trip of the changes of the change.

To understand how in this point of the history it starts a process of transformation that we might define as the step of a logic of the order to a logic of the complexity, coarse sewing to revise someramente the events of social, economic, cultural, technological and political order that will be transforming in a radical way our company and realize since in every event it implies a new level of complexity, every transformation makes a new limit described, since it goes one more hank being woven and thicker of related realities one with others.