On Thursday, the 19th of January to them 20:00h, in the Room of Culture of the Delegation of To Corunna of the Architects’ Colexio of Galicia, Jose Ramon Garitaonaindia will take place the conference of the study, on his work, inside the cycle of conferences, ITER, ITINERIS …. It will be presented by Fernando Blanco. On having finished the exhibition a round table will be realized. 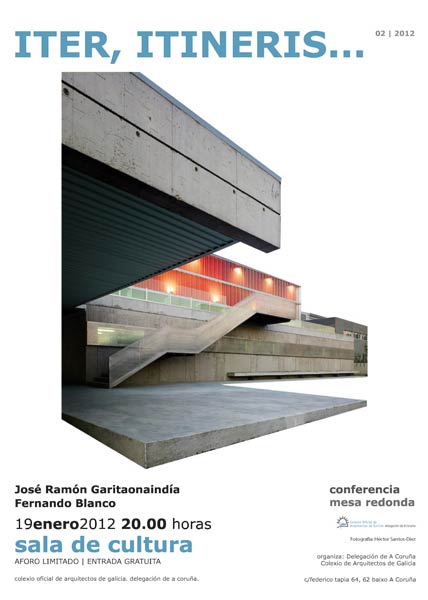 Fernando Blanco was born in O Carballiño. It combined his studies between Madrid and Barcelona, obtaining the Architect’s title for the ETSA of Barcelona in 1974.