The Planet of the Apes | Sra. Farnsworth

(Warning spoiler: this post contains information about the end of the film that serves of title to the same. If you read it it will be under your responsibility. Your will see what do.)

Still I remember the first time that saw the end of “The Planet of the Apes”, was Saturday in the afternoon and was eating me a bocadillo of bread with chocolate. Charlton Heston -alias Taylor Clear Eyes– to horse trips  with the rests of what in his day was “The Statue of the Freedom” and discovers that in reality it has not arrived to another planet but it has travelled cientos of years in the time to see two things:

1º that the human beings are some beasts that have destroyed ours own civilisation to base of bombazos nuclear.

2º that the monkey (still hairy) is the new to be upper.

“The Planet of the Apes” is, in addition to a very good film of science fiction, an acute reflection on the anthropocentrism and the tendency autodestructiva of the human nature, that tends one and again to commit the same errors, in spite of knowing and can foresee previously his terrible results.

Learn of the errors is, according to the anthropologists that study the evolution of the intelligence, a virtue that characterises to almost all the organisms of the animal realm in his process of adaptation to the half that surrounds them, but that curiously tends to disappear when the leading supposition of said process is precisely this individual -in theory- culmen of the animal evolution and upper species where there are them, also known like human being.

If in “The Planet of the Apes” Charlton Heston was discovering that those of his species are a few descerebrados that finished with them themselves based on nuclear hits, today the west of our civilization threatens to come from a much less spectacular but equal form of ridiculous thanks to these 2 so essential characteristics and definitorias from our human nature:

1º An Innate Aptitude To tie It, quality that in full 21st century comes from the hand of:

– the degradation and environmental pollution;

– the overexploitation and the terrible management of the resources;

– the terciarización of the economy and loss of productive fabric in the countries developed in favour of the industrial relocation to countries of the so called third world, where the working conditions are worse, the cheapest workforce and the legislation to expiring on the part of the companies, more flexible much.

2º An Amazing Skill To dilute Responsibilities, forgetting so the first step not to commit again the same mistake, is to recognize it.

In the same line – her of recognizing the mistakes and assuming the supposed responsibilities we could read last week in El País newspaper an article in which, analyzing the topic of the economic squandering due to the real-estate boom, the debate was centring on analyzing that it departs from responsibility it relapses on these gentlemen (engineers and architects) that with his work, outline and define the world as we it see.

If hiciésemos a reading simplified of the problem, we might say that really our social, economic and territorial reality is articulated across decisions technician – policies who materialize in turn across certain projects, always and at last, signed by the technical editor of shift.

And this way, centring on the topic of the architecture and following this crushing logic we might say that there are empty museums because there are architects who sign projects for museums not knowing if program exists or not for the same ones; there are municipal desert swimming pools because there are architects who sign projects for swimming pools not knowing in royal number of possible users; or even there are cemeteries without dead men because though to die always there are volunteers, sometimes the architect lost in formal ramblings and compositivas, it “forgets” to verify the legal viability of what has between the hands.

We see so in a moment in which the figure of the architect is so reviled on the part of the company, it is easy to indicate this group as part responsible for the big males that they us stalk, when the reality, it is in yes much more complex.

The architects are a few gentlemen that in most cases, they receive orders and his position is extremely complicated, trying to support always the balance between the exercise of the responsibility that one supposes them, and the need of a work that feeds them.

Because of it, before the current and apparent incompetence of our politicians, last persons in charge of the decisions who shape our social and territorial reality and thinking about that one of assuming the own mistakes, we might wonder:

Up to where does the responsibility of the architect come then?

Have they to the architects demonstrate a certain level of social commitment there where the politicians forget to do it?

Or have they to adapt simply to the requirements established by the client, though this one am called Carlos Fabra and wants to do an airport where they demolish not even the gulls?

Hope exists for those of our species or we are destined – as the human beings of ” The Planet of the Apes” – to end up by traversing seminude by the forests to the service of a new dominant species?

To understand the architecture as a discipline to the service of the citizen especially and of the company in general is an idea defended by almost all the architects that I know (though reconozcámoslo, there are also architects of media cut who go out in the middle of the evening in programs of tropical type and sabrosón for the one who directly struggles it) and nevertheless, the opinion brings over of the level of commitment that these must reach, it is so diverse as contradictory.

Let’s think for example about Alejandro Aravena, an acquaintance Chilean architect who has become famous across his ELEMENTAL company dedicated to the construction of housings and infrastructures for the least wealthy classes of his country; well then, what for some is an architecture of the austerity with a few social aims, for others and I mention textually “it is an architectural alms” to the service of a system that promotes the social and economic desigualdades.

Intermediate positions exist certainly and there are architects who defend a more ambiguous position, they speak about lack of responsibility of the architect with the company before the total ignorance of the politicians and hold that the last persons in charge of the same one are these, centring the critique on bad projects, buildings icónicos and astronomical budgets.

Beyond the polemic, the case is that now that we have for breakfast every day with building news that have to remain closed by that they are unviable economically and bearing in mind that about the responsibilities of the politicians I do not think to speak because only of thinking it it enters his nettle-rash, I have to confess to you that my original intention with all this speech pseudoapocalítico of Sunday tablecloth was to introduce what was trying to be the principal topic of the today post: a reflection brings over of the implication of the figure of the architect in the construction of this company of crisis but taking the concrete case as an example of what will be the new one I build for the future station of the AVE of the city of Vigo and whose works –as and we were showing you in the previous post – they generate at present a great expectation between the pensioners of the city.

Vialia Vigo’s project Urzáiz – signed by the North American architect Tom Mayne – contemplates the construction of a tremendous building of 5 plants that including 29.000 m2 of commercial district, a plant for 1.300 parking lots, and a great terrace – viewing-point of 18.000 m2 located in his cover, colonizes an immense urban emptiness placed in the downtown to the service of a model of socioeconomic development based on a terciarización of the productive activity who bets for the sector services as indisputable engine of the economy.

The problem is that today the engine threatens to get soaked and the future of the building to be revealed dangerously uncertainly since the high costs of maintenance and small profit forecasting has forced to the companies that they were competing for the management and exploitation of the commercial district to restate his participation in the project, leaving this way in the air the private financing that was making viable the execution of the new building.

The case is that, if ultimately the project does not manage to go out forward and it finishes convertiéndose in another giant strainer of public funds, would it be logical to consider the architect to be a part responsible for the above mentioned strainer for the fact of collaborating in the development of a project that “we suppose” it must go accompanied of a previous plan of viability in which it justifies itself and supports the need and the success of the same one?

It is A Mayne’s obligation to question the viability of a plan in which analyzing all the components of the market, doing a forecast of expenses and calculating the possible income, there has been defined the project of the new station as a key, necessary and strategic element for the future of the city of Vigo?

Or we might limit simply the technical responsibility of the architects who work for the public administration to the work of defining a building, that giving response to the spatial and functional needs needed by this one, expire also with the annual forecasts of expenses for maintenance of the same one?

And if this one is untenable?

A new Basic Document should be added to the Technical Code of the Building that titled like CTE DB-eye to what it costs you: Security in case of Politician with the Whole Looks of Tying It was Rodrigo forcing the architect of shift to relate them m2 of – for example – Chorizo Picante de Villa Rodrigo de Arriba Museum to the economic consumption that would suppose having the sausages illuminated 365 days of the year, demonstrating so the only museum of the sausage that those of Villa can allow him Rodrigo is Teresita’s shop the charcutera?

And especially and already to conclude, if from now this was like that, if the architects we were meeting obliged to integrate the economic criteria as one more part – and not a consequence – of the creative process that he accompanies on the draft of any project, we would be with it learning of the before committed mistakes, stretching bows towards the royal needs of the company that feeds us and demonstrating that beyond badly that it paints the future (of our profession), this one not only exists but in addition it is indispensable not to end all as Charlton, upset and in loincloth? 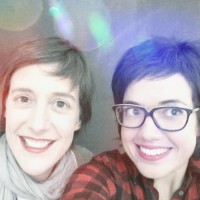