Dialogs 02. Metropolitanizar how to live between cidades?

Last twenty years of territorial transformation in Spain, came accompanied from the physical expansion of the processes of urbanization, characterized by the “settling” with descontinuidades spatial from the rural space, the excessive consumption and often got out of control from the soil, and the overcoming of the administrative traditional limits.

More than 36 million Spanish live already in Urban Areas, 80,7 % of the population, and in them we find a still major proportion of his employments and economic activities. The consequences of this increase of the relations in spaces increasingly wide and urbanized encourage the process of diffusion of the city in the territory, and a new form of poboamento in that increasingly inhabitants reside in spaces placed between cities and villas that agglutinate the urban areas. 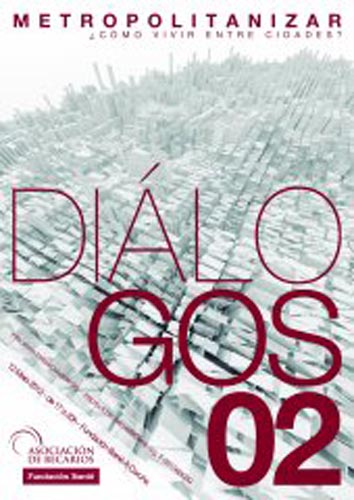 The challenges that these changes formulate are already evident for the conciliation of the labor and familiar life, for the way, for the efficiency enerxética, the pollution and waste management, for the planning and management of infraestruturas and public services.

The territorial fragmentation that generated this process increased in 29,5 % the surface of artificial soil (in the main, urbanized). To that it is necessary to add the social fragmentation, the discrimination for economic income and the increase of the qualit difference of life I do again the situation of the place of residence.

This second edition of the DIALOGS proposed from or group of bolseiros gives Foundation Barrié tries to offer a point of meeting for the reflection on another topic of social interest, if in DIÁLOGOS01 debate on the improvement devotes investigative Galician capacity, of this time we do on the organization of the territory not that lives through most two his inhabitants.

The debate allows the meeting of bolseiros of different disciplines with the agents who are to taking decisions on the topics to debating, propitiating the exchange of ideas, bringing the activities over to our company desenvueltas his poles bolseiros, creating opinion and transmitting part of the experience acquired in our formation abroad.

To debate on the organization of our urban areas must make us think about the urban model that we possess, which are his faults, and since we might make it more cohesive socially, environmental and economically in order that it reverberates in the advance of the quality of life of the Galicians.

The debate has a global of integration perspective that must have helped to understand central questions for the territorial and urban sostibilidade since they are the relations and the interdependences between the different parts of the urban areas; between the big cities, the small ones and the cores rurais. Valuing the protagonism of the new functions of the territories, the paper of the city for the agglomeration and for the territory, or the environmental effects of the xeneralización of the model of city it disperses that it consumes soil of indiscriminate form and enters conflict with the life community and the values of the city compacts.

These and other topics will be an object of a multidisciplinary debate, of luck that they help us explain the future of our life in colectividade, putting in value our potentials and observing strategies that should stimulate it to unroll without mortgaging the social, cultural and territorial diversidade.