It could result fun, if it was not because we are speaking of a very serious gentleman and of big prestige, read a text like which Patrik Schumacher (partner of Zaha Hadid from published does in the year 2010 in The Architects’ Journal doing an apologia of the parametric style (parametricism in English), worthy of time very ancient. The text, whose belligerent title was at all less than Let the style wars begin (That it begin the war of the styles), started supporting in the Self-evident Parametric that the own Schumacher had launched in 2008.

This aspiración stylistic universal, almost a call to a fraternity of architects around the parametric, lawful anyway, supports  in some affirmations more than debatable, many of them answered by Adam Nathaniel Mayer in his article of few weeks afterwards Style and the Pretense of `Parametric´Architecture. We want to fix us in one in concrete, that is the one of that the post-modernism and the deconstructivismo were, in opinion of the Doctor Schumacher, mere episodes of transition, similar to the art nouveau and to the expressionism, like transitions of the historicism to the modern movement. Such affirmation would carry us quickly to debate the definition of style, and this debate is definitely absolutely caducous (corpse, that would say Andrés Perea), when the interesting, in our opinion, is to accept that the styles are not more than labels or agreements of the language, more or less hit or debatable, to be able to understand us grouping in categories and groups when we detect some common elements in the architecture, or in any another discipline.

Instead, yes it had seemed us much more interesting that Schumacher had done reference, in his decided bet like that parametric like “credible and sustainable answer to the crisis of the modern movement that resulted in twenty-five years of stylistic research”, to the text of John Summerson of 1957 published in the Journal of the Royal Institute of British Architects. In him, with the title The Marry for to Theory of Modern Architecture, transcription of a conference of the own Summerson, this affirms that “the program like the origin of the unit is the only new principle relative to the modern architecture”, this is, apart from other considerations like the one of the unquestionable authority of the unit like principle that has substituted the one who before occupied the antiquity, that only through the program, the resultant unit can, in opinion of Summerson, “be described like a unit of a process”. They appear like this two key terms in the parametric architecture: program and process, in which Schumacher could have supported with more decision to justify his particular war of styles.

As we see, the debate is not exactly what could call a new subject but his roots, no already regarding the debate on what is a style or no, that at present does not interest, if no regarding which are the principles of a truly modern architecture today where, of course, the parametricismo would have a place, to less until it happened fashionable, as vaticina Adam Nathaniel Mayer, trace back at least to fifty years backwards and already Summerson then asked  also if “the position of an architect concerned by the expression or the style was not the one of a man that was looking for gropingly by the way of return to the classicism or to the neoclassicism, or, for expressing it of the most exact way possible, to the criptoneocaliscimo”.

Acaso It is necessary to look for here to the Doctor Schumacher? The answer, again, could find it in texts coetáneos to the of Summerson and, specifically in Origins and tendencies of the modern architecture, article of Mattew Nowicki published in Our Architecture in 1955 where already warned that “in the overwhelming majority of the modern design, the form follows to the form and no to the function”, and of this is probably of what would have to occupy the apostles of the parametricismo and like this, showing sincere and splitting of truths that all the world understands like the one of his tireless formal research, could build a frame, using the words of the Doctor Schumacher, credible and sustainable that answered to the crisis of the modernity. 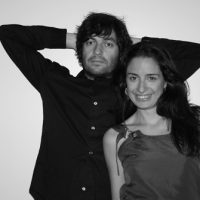