The project has a dual nature: global in the basic part; individual in the executive part. That is to say, there is programmed the arrangement of joint form but it develops in an individual or specific way, according to the requirements of every client and his circumstance.

It wants to be said by it that both the project and the work have lengthened in the time, since the phase of execution has been incorporating new clients, who have demanded new needs.

Let’s sense beforehand here, so, the complete project and the work already finished, that is to say, with each of seven housings already complete, occupied for his tenants and fullly in service. 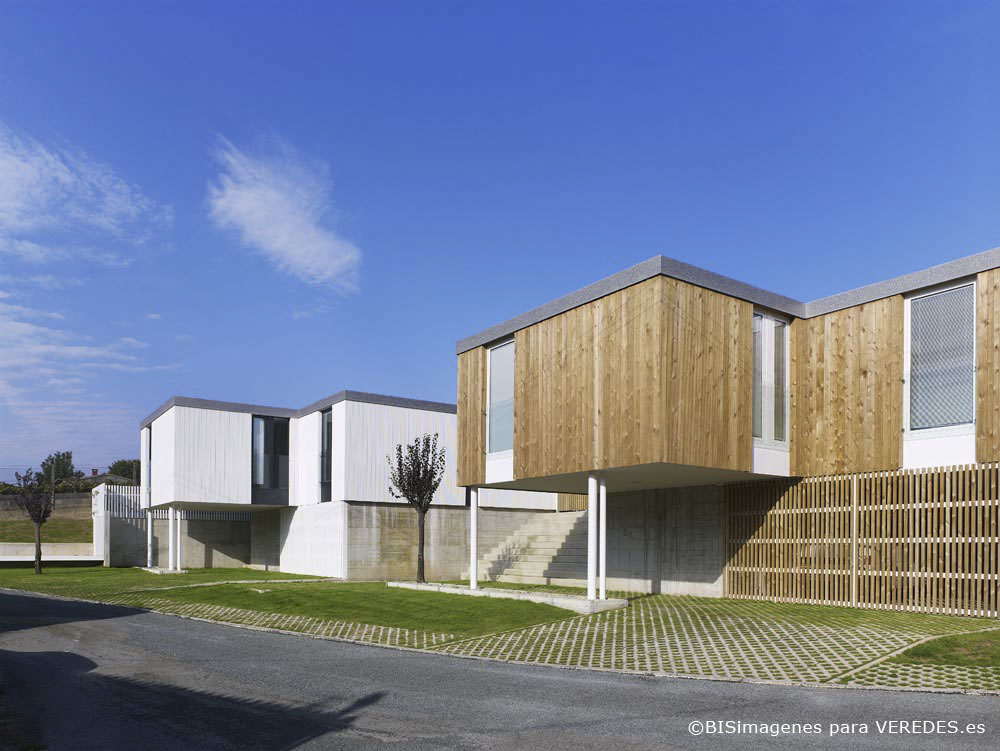 For all this, to the global project seven different processes correspond to him, though only in the administrative area.

Two systems in one: of occupation of the territory the first one, of construction of modular housings the second one.

The system of territorial occupation: the use of plots of programming allows to adapt to the circumstances.

The continuous one who contemplates all the shades and allows diverse gradients. It contracts or gets spongy from his contact with the preexistences: it interacts. An alive, programmed, planned organism, which reacts for contact.

The system of modular construction: a plot of 4x4m uses as guideline:

Flexible system, which one adapts to the specific conditions of the plot, first; to the changeable demands of the program, later.

The dry meeting presides at the whole constructive system.

A studding of prefabricated walls of concrete constitutes the skeleton of the organism:

An adaptable, variable skin, as a case of acquittance and put: it does the membrane times of transition between exterior and interior, between publicly and privately.