A few months ago Isla Glaciar published the book Mountain proved from the project Correspondence from Eyjafjallajökull in which Europa’s idea is approached from different points of view. Now that is fulfilled a year of the movement *15M in Spain and that the future of Europa seems to stagger every day probably is more opportune that to never remember this project and the texts that appear in the book: … his point of item had in the eruption of now known volcano of Iceland. The irruption of the cloud of ashes that paralyzed the air traffic expelled from this point installed recently in the imaginary geographical common one served us to begin an open session at which we have been employed from different optical a reflection on the discomfort inscribed in Europa’s idea. 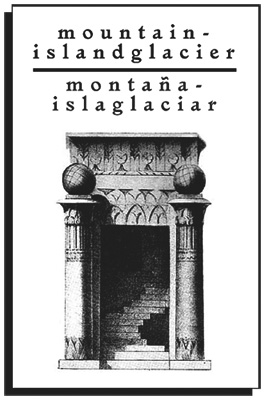 The publication Mountain Isla Glaciar does not try to be a general study of the current European situation. It is a question of a book in which a series of collaborators congregate together with the members of the project creating a polyphonic speech. In spite of the fact that each of the offers are articulated in different records and from multiple perspectives, they all share the intention of questioning the current paradigm of the europeidad as they us present it.