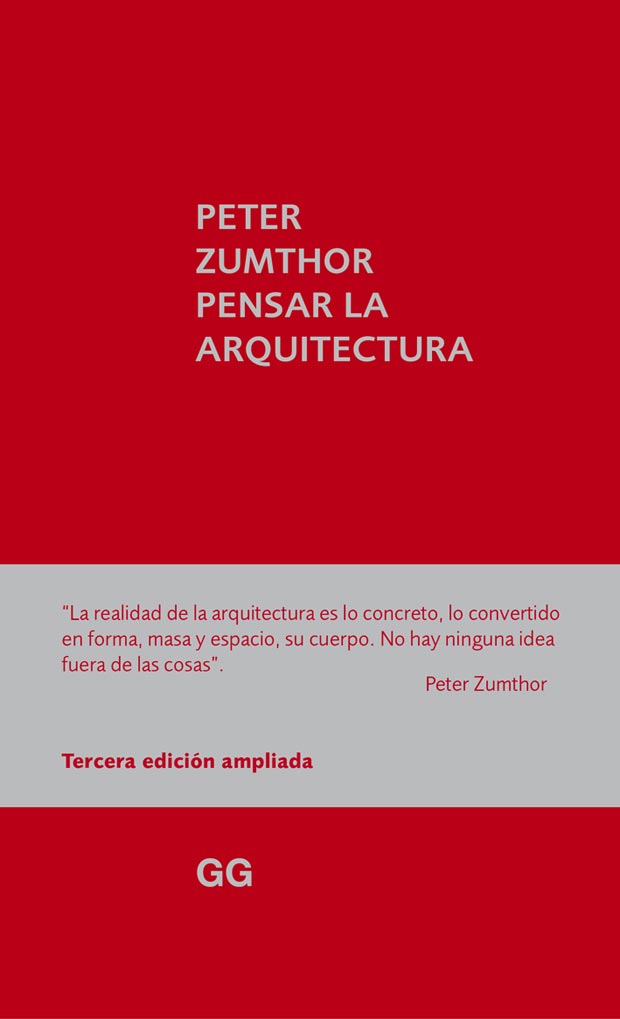 “The reality of the architecture is the concrete thing, the turned into form, mass and space, his body. There is no idea out of the things”

Thinking the architecture compiles Peter Zumthor’s diverse writings which value resides in the reflection that accompanies the intesidad of his work. Writings throughout ten years, the texts constitute a rare and valuable testimony of the thought of the Swiss teacher.

Peter Zumthor (Basilea, 1943) He was formed as cabinet-maker, designer and architect in the Kunstgewerbeschule of Basle and in the Pratt Institute of New York. It was employed at the Department of Conservation of Monuments of Graubünden’s Swiss canton and from 1979 it has his own office in Haldenstein, Switzerland. He is a teacher in the Accademia I gave Architettura de la Università della Svizzera Italiana in Mendrisio, Switzerland, and he has been a teacher invited in diverse universities of the whole world.

His work Peter Zumthor has been gathered in exhibitions and numerous specialized publications and in the monograph: eter Zumthor: Works. Buildings and Projects 1979-1997 (Lars Müller, Gully made by rainwater, 1998). It has received the Prize Pritzker of Architecture 2009 and the Royal Gold Medal of architecture 2013.