“A small furniture of 2.10 of diameter contains a scene, a trunk, a Table and two stems that expand or control themselves depending on the needs of the script and shape the scenery of ANOTHER REALITY” 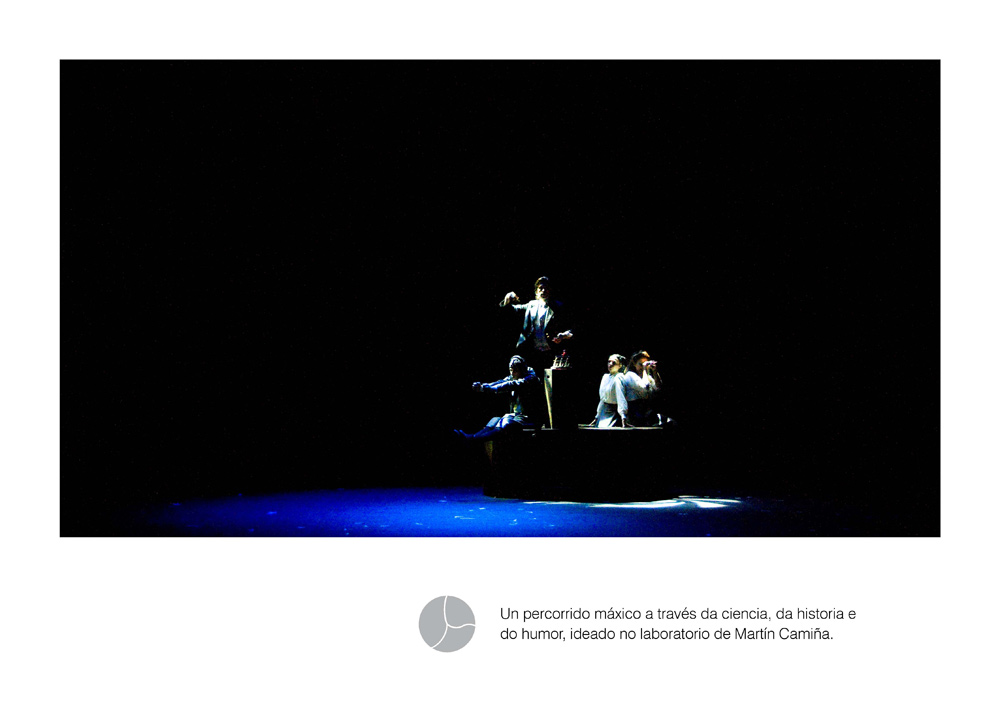 We receive the order to realize the scenery of the spectacle “Another Reality”; a magic tour across the science, the history and the humor designed in Martin Camina’s laboratory.

In the first meetings, comments us  that the show is a route in the time, with the science like conductive thread, with a lot of presence of the plastic arts and the music like bottom… – All sewed with the needle of the ilusionism.-

The conditionings of game imposed by the illusionist and by the theatrical director, Marcos Orsi, went through the versatilidad of the scenography to adapt  to the plot, in addition to giving receive to the distinct acts in the same.

1. A small high stage in which it will situate  the music, the artist Marta Quintana.

2. A trunkthat in addition to collecting the different instruments that had employed  in the representation serve for the transport of the work as well as give him distinct senses inside the theatrical work.

3. Table and tallos in which they would do  the games of magic.

These elements would have to give answer to the different needs:

1. The components of the scenography had to be mobile and flexible, and allow with few pieces fill stages of very diverse sizes.

2. They owed to be facilmente transportables as the performances could realise in distinct places of the Spanish geography.

3. All the pieces had to be the sufficiently neutral to adapt  to the distinct periods by which passes the action.

Our aim is that the piece to project have relation with the script and the teatralidad of the work, and that form active part of the show.

The answer are three pieces that allow the fusion in an element only procuring the centralidad of the scene, or that the parts dilate  and contract , so that they adapt  fully to the scenography, and that fill or free the space according to the needs of the moment of the work in which we find us.

The result of the work after listening to the distinct agents of the play, give like result the Magic Circle, a cylindrical piece “coined” by a Trisquel that divides it in three parts: music, plastic arts and science. In this way the music houses  in a small stage of the that arises some stairs. The plastic arts collect  in a baúl, reflected in the forms of his tampa. The science showed in the work with some electrical mechanisms that serve like switches of the conductive thread of the theatrical work. The table and the tallos are the link of union of the plot with the ilusionismo.

In definite the Magic Circle fulfils with all the requirimentos scenographical (mobility and versatilidad), and functional (easy transport and storage), but in the final result of the work, felizmente observe that we attain the aim to form active part of the teatralidad, giving him felt in his configuration to Magic like link of union.

Work: The another reality