Veredes emerges January 2009 such as a search of satisfying the knowledge of the architectural activity and of plastic arts that are generated. The idea is to create a space to spread the several projects in seeks of new inspiration and of exchange.

Branches with which initiate are:

· articles: of thematic varied of professionals of distinct fields, approaching them to the public;

· lighthouse: articles of criticism on the architecture or tangentes;

· works: regularly they will spread  the works of professionals of distinct fields, approaching them to the public;

· buoy: the aim is to present tangent routes inside the architect’s profession;

· rigging: to present new “tools” that could be useful to develop and to facilitate the labor of the architect.

· publications: books and magazines of interest;

· captures: articles of interest about related subject matters to the architecture;

· tv: Videos on architecture or tangentes;

· course: Geoposition of the published works;

This blog is an open process in which the collaboration to help is thanked to improve and increase the quality of the information. Therefore showing our gratitude to all which, anyway, such as enthusiasts or professionals, participate on the day to day in the consolidation of this exchange space, that expects improve and to expand his contents.

VAD. veredes, arquitectura y divulgación is an international scientific journal of biannual periodicity and digital and physical format that aims to be a channel of dissemination of works and reflections focused on culture, theory and architecture project.

Activities that it organizes:

So they say is a cycle of meetings – colloquia in which there will take part Galician architects belonging to different generations with the intention of presenting a wide spectrum of approaches of the discipline: construction, teaching, spreading, investigation and hybridization with other fields. In all the cases, the backdrop will be a reflection it brings over of the paper of the architect in the current moment and his multiple redefinitions.

Every session will divide in the half hour of presentation of the invited architect and other thirty minutes of colloquium between the assistants and the referee. Both the chat and the later conversation will have an informal and distended character.

It seeks to be a place of encontro virtual onde you architects poidan to be informed, to be prepared, to qualify and coñecer as or fixeron outros architects that xa traballan not world, as well as to share to súa experience and opinion.

Activities that we support:

The awardo arises from the belief that heritage, as a vehicle for social integration and an economic vitalizing resource for the community, deserves to be appreciated and encouraged. In the current context, in which architectural heritage is considered not only to be a fundamental instrument of knowledge but also a first rate socio-economic resource for the sustainable development of territory, the disclosure, distinction and recognition of works and quality projects contributing to the preservation of the collective memory is imperative.

Project of crowdfunding for the rehabilitation of the housing The Roiba, placed inside Bueu’s inlet and very nearly Beluso’s beach, on the south coast of her laugh at Pontevedra of the architect native of Corunna Ramon Vázquez Molezún. This small refuge constitutes one of the most relevant works of the modern architecture of the 20th century in Spain. 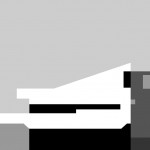 The next October 20, 2013 there is fulfilled the centenary of the birth of the Architect Alejandro de la Sota. To celebrate this efeméride collaborators and experts organize a few Days concerning his person, ideas and work, of the hand of his family. In these days visits will be realized to the works that I raise in his natal city, Pontevedra, since it are the Biological Mission of Galicia, Pavilion of Sports, Building of Housings in the former street Gondomar now Architect dela Jack (I tread on type, attic and roof) and the Domínguez House of A Caeira.

Nueva Arquitectura de Galicia= Biol. f. Alteration of generations or generation alternante of the alive species+ Sociol. f. Generation X, they been born in the 70`s. nder the title of Metagénesix presents  a sample of the New Architecture that realises  in Galicia. In this time of fears and unsteadinesses, appears a new generation “altered” and “alternante”, formed mostly in Galicia, that generates a big optimism by the quality and quantity of his works.

Pechakucha Is an event that has celebrated  in more than 250 cities of the world since in February of 2003 celebrated  the first of them in Tokyo, Japan. In Pechakucha, professional of different fields related with the design, the art and the architecture explain his work, adapting his speech to the format 20×20: twenty images projected during twenty second each one. Like this, each report limits  to 6 minutes and 40 seconds. The entrance to PechaKucha Night is free.