The idea consists of the rehabilitation of a few former housings of a mining settlement of a restaurant that of service to the new set museístico of San Finx’s Mines, in Lousame. 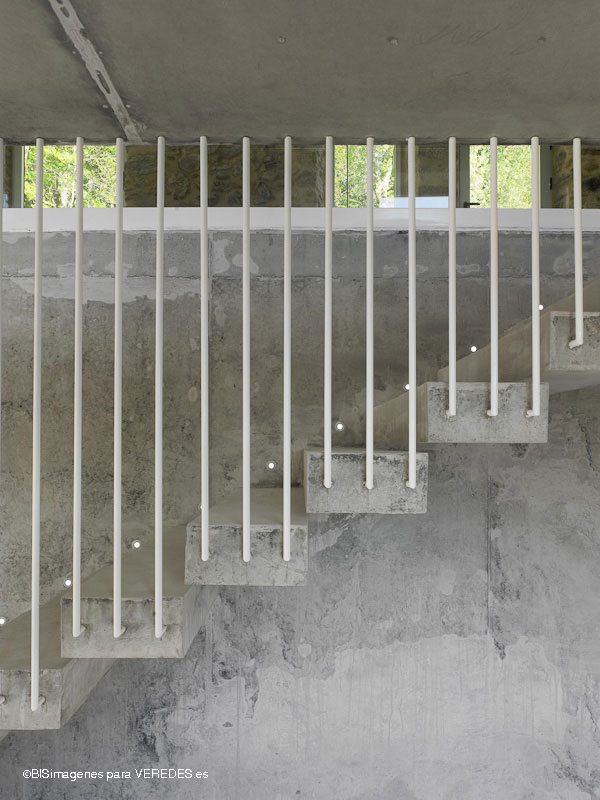 The mines of tin – wólfram of San Finx, they have an important patrimonial value from the cultural and historical point of view, a heritage so much immaterially as material.

From the point of view of the industrial mining heritage, San Finx’s mines consist nowadays of a set of equipments and facilities. A set of elements that are the result of the accomplishment of activities and the creation of infrastructures and equipments that have gone transforming, changing, adapting up to forming the current condition of the mine. They are inventoried up to 35 constructive elements of different years. The putting in value of the whole set claims coneguir that San Finx’s Mines it turns into a modal, only one into Galicia, of the museums of the mining industry.

The building I object of rehabilitation in this project, it stands out on other for his high architectural, constructive and environmental value. It is a question of a building of two plants and an annexe of ground floor, that in the past it sheltered between other uses that of barrack of the guardia civil and housings. The building is in a dominant position and of closing on a set of buildings, as well as final point of the access rolled to the set. The new use will be that of restaurant that gives service to other equipments of the museum set.

The principal idea of the project on having received the order was it of which, in spite of the change of use, the new construction was reflecting by means of his architecture the context in the one that is: the industrial, mining context that is tried to put in value.

The geometry of the plant is rectangular, and constructivly it possesses walls of factory of masonry of some 65cm from thickness and cover to two waters of fibrocemento.

The building possesses neither wrought interiors nor carpentries and is totally empty, in a condition of important deterioration.

The action, which departs from a very limited budget, proposes to respect the power of the hollows of the gathering acting inside the building. The only element consisting of a sheet of concrete that is bending inside the building forms the different spaces and necessary uses to form the restaurant. This folded sheet will generate the tours, bathrooms, bar and zones of service in ground floor. The second fold, in perpendicular, will do to the previous one that this sheet turns into the wrought ones that will form both dining rooms in high plant.

The annexe practically demolished in the previous condition, will be in use for placing the kitchen that of service to the restaurant.

As for the construction, the building was in an important condition of deterioration, in addition he is in an incredibly humid zone, at the edge of a river, for what it was necessary to do an important labor of waterproofing, drainage and of reparation of the walls and crossbeam. To create the structure of cover a few metallic cerchas are in use, the cover is replaced with the new one of zinc in and the walls (in very poor condition) encintan and a few lintels of concrete are created to regularize and to seat the hollows.