The sample RE:COLLECTION, which will be able to be visited until the next July 31 in LASEDE of the Architects’ College of Madrid, gathers part of the collection of postcards of architecture of the 20th century of the architect Rafael Cazorla. The exhibition, comisariada for Inés Caballero, will help to understand the complexity of the shared languages of this epoch, the modern movement, of a more intuitive form.

The modern movement was characterized by an exceptional configuration of spaces, by the simplification of the forms, by the absence of ornament and by the conscious resignation to the academic classic composition. Because of it, the exposed postcards, they are classified under nine categories, in order that the public could interpret the fundamental universal beginning of composition, removed of nacionalismos and chronologies.

From each of the postcards, Rafael writes an invented history, which close to the original text written by the traveler, is mixed by the images creating a dual reading of the evolution of the architecture joined the track of his protagonists.

The explanatory language shows the singularity of the selected postcards, and exposes them as what they are: the only pieces of a valuable collection. 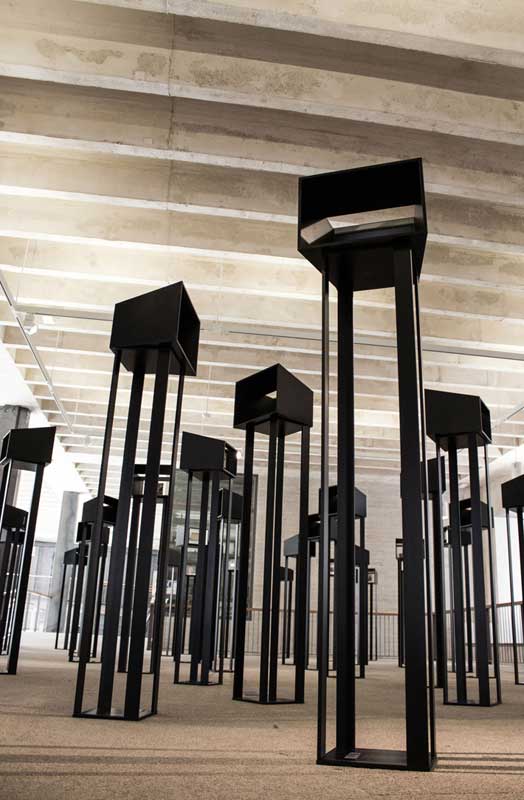 The explanatory furniture, realized in laminated Formica® Compact, invites the visitor to come closer and his widened form provokes that the sight centers in the postcard, yielding the maximum protagonism. His disposition is totally flexible, allowing multitude of positions and itineraries on the collection. 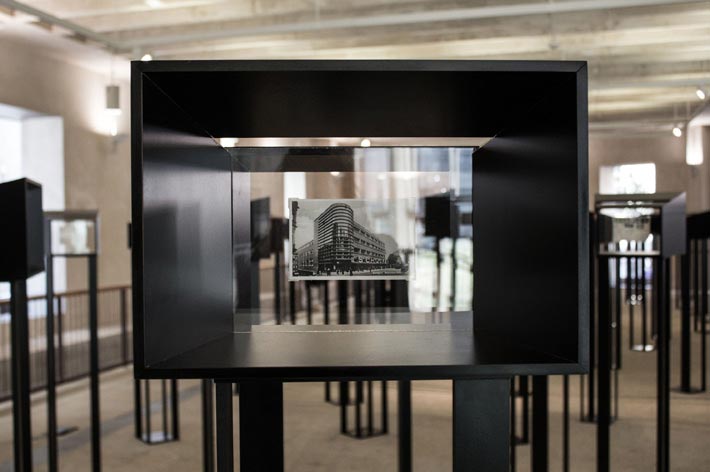 The exhibition incorporates as interactive element an application for iOS and Android that, like sonorous postcards, reproduces the histories invented of Rafael giving them a narrative dimension and a more intimate format, to be able to listen to them during the visit to the exhibition or close to the reading of the catalogue.

On the other hand, the visitor also will be able to be a participant of the sending of postcards of active form and not to be one more mere spectator. There will be a series of reproductions of the postcards that every person who visits the exhibition will be able to write and to send by post. Hereby one enriches the explanatory concept, reaching new you tell the history that architectures, places and diverse persons return to join.

Exhibition curated by: Inés Cavalier
Of the collection of: Rafael Cazorla
Design Expositivo: Javier Crag Ibáñez + Inés Cavalier
visual Identity: Paula Cavalier
Where: LASEDE School of Architects of Madrid (C/ Hortaleza, 63 – Madrid)
When: Of 31 May to 31 July
Time opening to the public: 9:00- 20:30 h (free entrance)
Edition of the catalogue of the exhibition ISBN 978-84-941317-6-9
Application for iOS and Android downloadable of audible postcards.