Projects not to sleep the (II). Of the autoplagiarism or the coherence of language | Alberto Ruiz

The coherence in the architectural language, all we agree, it is one of the signs of identity that they allow us to recognize this concept so diffuse that we know as “goog architecture”. Though, speaking about diffuse terms,

what is it of the “oherence in the language”?

My language is coherent – though my ideas not always it are – because basically, always I speak and write in a more or less correct Castilian, because I use often the same words, because attempt that the construction of these is intelligible … the absurd neologisms, the words stolen of other languages, the canes and the lacks of spelling, they reduce coherence to my language.

Well. Let’s go on to the “architectural language”. Let’s replace the words with forms, hollows, fronts and covers, the phrases with the composition of these, and the linguistic correction with the precise, functional construction and, to being possible, economic – the economy of language between the architects, both the spoken one and the formal one, it might give for an interesting debate – if we try to establish a parallelism rather simplificador, the correct and intelligible use of these elements would grant coherence to my way of doing architecture. Let’s say so, that the pastiches, the anachronistic references, and especially the lacks of architectural spelling – the stucco is the “tipex” of our buildings – they are the big protagonists of our incoherences of day after day.

Note: You will forgive the incoherent neologism of the previous phrase. Consider it to be an artistic license …

The case is that, if Mies spent all his life to itself repeating the same detail of corner – thing that is not true, but already I say that we are in plan simplificador – why I am not going to do the same thing, that in addition, for it I have a Pritzker.

And yes. It is probable that the emir of Looking has been in Barcelona – or even that has connection to Internet and can use the wikipedia – but if it gives him for asking why the new tower looks like so much, but so much so much so much, the Agbar, we can say to him that for nothing, that that of Barcelona is inspired in Montserrat’s mountains and this one drinks from the sources of the Moslem minarets, that in addition, for it we have put a front of lattices that laugh you at the Alhambra.

“Silence, keeps silent, that this is a coherence of language …”

It is necessary to recognize, that set to pirate, always you saw more to be pirated to one itself, which it is not necessary to worry for the copyright. Though clear, always we can appeal to that we are experimenting with the processes semióticos of intertextualización, that for it we are architects and any thing costs to explain a project.

In any case, you think if this one is the way to continuing, though only it should be because the monographic one of El Croquis magazine is going to stay of the most monotonous thing … 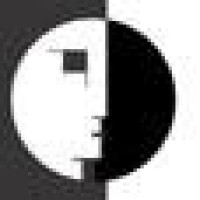