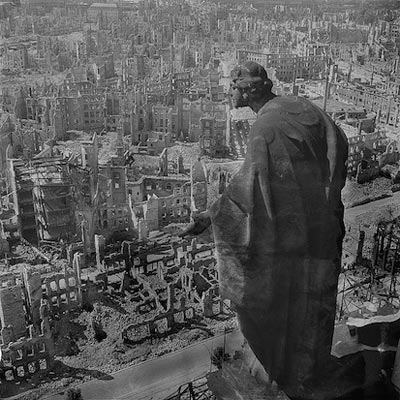 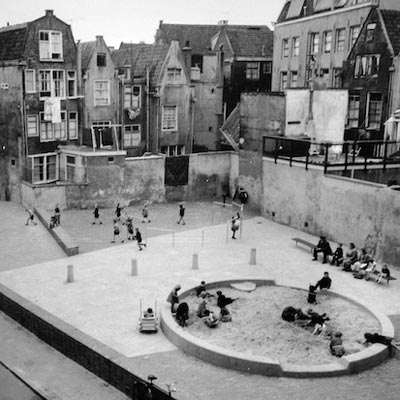 After the Second World war extensive areas of many of the big European cities remained devastated. Some of them it were for effect of the systematic destruction of strategic military aims, and his ” collateral effects “, and others as clear addressees of the psychological effect that an indiscriminate and not discretionary at all bombardment, as that of London between 1940-41 for the Germans, or the paradigmatic and devastating bombardments of Dresden or Hamburg for the air joint forces of english men and Americans at the end of the war, could cause in the civil population.

In all the cases his consequence was that of the destruction of the urban, historical and current plot, on behalf of the history, physical and emotional, to associate her and, consistently, of many of the manners of life and uses that the city was offering and that his inhabitants, good or evil, had molded or adapted. A generation suffered this way the lack of these urban missing structures and with it the use of the city, at least as up to this moment they had done it.

The enormous tasks of reconstruction of the existing thing the new construction of housings joined to lodge to the exodus of population who was approaching the cities from the field looking for ” a new future “; this way the things the field of culture was, for this way saying it, I propitiate for the modern, functional and efficient architecture that they were coming praising the dictations of the CIAM already from the Letter of Athens of 1933. It was the moment to put into practice his beginning and proving his kindness and rational superiority. It was the moment of the architect.

Unfortunately as the years went by, not many, and of the new accomplishments, the expectations were not fulfilled or at least there was begun to put in evidence that the model could be rational and up to functionally, but it was not efficient and, certainly, it was not “very “human”. Curiously all those postulates that had been thought in order that the man was living better, it was working better and had better spaces of leisure and enjoyment, there had obtained big impersonal areas that almost were promoting the social autism, sectorizaciones that returned in guettos and environments where the social relations were absent.

In this environment, already evident at the end of the 50s, a group of architects, later autonamed Team X (for the tenth CIAM), began to question the beginning of this, for them, bankrupt inhuman urbanism. Between them the Dutch Aldo van Eyck was clearer the one that defined the situation: ” strange the possibilities have been so big for the architectural profession, nevertheless they have never failed so noisy “. These words declared in a conference in the undécimo, and at last last, congress of the CIAM in Otterlo, they praise, already not only the end of the International Congresses of Modern Architecture, if not a new way of dealing and rethinking the architecture from more humanistic parameters. They go Eyck already had noticed of this situation in 1947, newly classified, warning in opposition to this approximation “mecanicista” towards the human environment that the modern architecture was proposing [2].

Aldo van Eyck puts into practice his conception of the architecture and the urbanism during his work in the municipal department of public works of Amsterdam, there it developed the whole set of urban actions, the speelplaats or playgrounds, destined to re-use empty lots and spaces of nobody that they were splashing the urban plot of the Amsterdam of postwar period. In them, instead of looking for a certain emplacement, those places transform without use or left as playgrounds dedicated to the daily life and scattering of the children. But his architecture is not alone what defines them, and for what they interest us, if not for his capacity and possibility of use.

The playgrounds of go Eyck is slightly more than places than infantile games, is simultaneously a perfect example of a way of understanding the architecture and the urbanism, the whole reflection on since understanding the city, on since reading it and, especially, of since to approach the present of his evolution from, it let’s never forget, which her are destined to use and to live it.