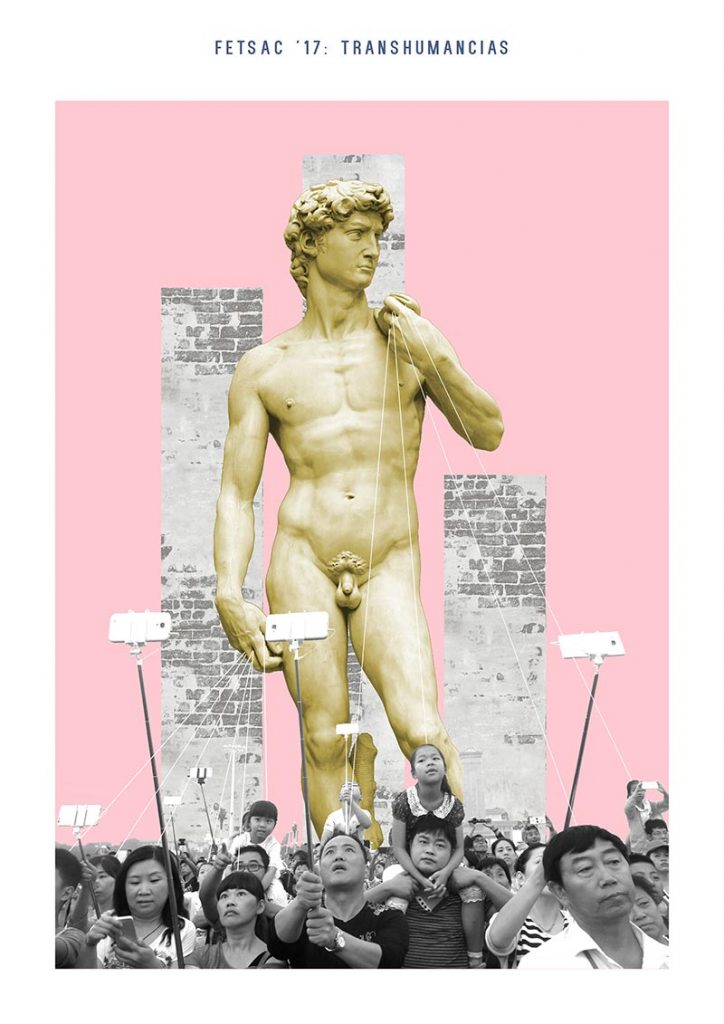 We drove 22 miles into the country around Farmington. There were meadows and apple orchards. White fences trailed through the rolling fields. Soon the sign started appearing. THE MOST PHOTOGRAPHED BARN IN AMERICA. We counted five signs before we reached the site. There were 40 cars and a tour bus in the makeshift lot. We walked along a cowpath to the slightly elevated spot set aside for viewing and photographing. All the people had cameras; some had tripods, telephoto lenses, filter kits. A man in a booth sold postcards and slides — pictures of the barn taken from the elevated spot. We stood near a grove of trees and watched the photographers. Murray maintained a prolonged silence, occasionally scrawling some notes in a little book.

“No one sees the barn,” he said finally.

Day after day, week after week, new cruisers, planes, trains and buses arrive to our ports, airports and stations loaded with travelers, tourists, people. With them a new city is born and developed. The neighbours one mutates into a new façade which is perceived outward from those who inhabit it, from the reality of life and daily routines. Which is the new city that is being built? What city do those transhumant humans actually get to know during their brief but intense stay? Is the leaflet version of our cities an intentional distortion of everyday reality? What is the purpose of the automatic repetition of the type photo? Are we immersed into a society that travels for the pleasure of knowing or for the eagerness to increase their presence into social networks? Have likes turned into the current meter of popularity and selfie sticks into an extension of our own vanity?

Day after day, week after week, micronations bury cities beneath their feet, under the pretext of immortalizing their icons, only interrupting their march for a short period of time to consume pre-manufactured, prepared and pre-announced native products; looking for a place where they can feel like home. A generic place where the warmth of the wood and the carefree look of an industrial aesthetic are mixed, creating an aseptic and contaminating image that has already infected every corner of the globe.

FETSAC17 aims to analyze the city through the impact of transhumant masses on it. The transformation of spaces in a matter of minutes by the invasion, or the preparation and standardization of those places, ready to absorb huge groups of tourists. Mass tourism is modifying the cities we live in, sometimes coming to turn them into large leisure centers, making them lose their primitive meaning. Shared economy platforms are turning the homelike into a productive good that gives each traveler the opportunity to feel as at home. In order to do this they have a whole system of artifice advised by design departments, ensuring the same aesthetics is reproduced in all latitudes. This context of increasing globalization is imposed on everything discordant, establishing game rules dangerously close to being assumed as the only valid ones. Mass repetition is contagious and it marginalizes all those who intend to deviate from the, subliminally, established canon.

Facing this situation, where the identity of the city is diluted in each and every one of its scales, FETSAC opens this call, not only for papers but also to reflect, in order to turn our school into a cruiser that through its different stops allows us to know different points of view on tourism, psychogeography, the generic city and its consequences in the short or long term transformation of the cities. We want to force each of us to ask ourselves what consequences the explosion of the tourist bubble and low cost can bring.

One more year then, we open a period for proposals reception for lectures and/or specific activities, from November the 14th to December the 31st 2016. The festival is going to take place in A Coruña (Spain), a stop for transatlantic cruisers, from April the 3rd to the 6th 2017.

“Once you’ve seen the signs about the barn, it becomes impossible to see the barn.”

He fell silent once more. People with cameras left the elevated site, replaced at once by others.

“We’re not here to capture an image, we’re here to maintain one. Every photograph reinforces the aura. Can you feel it, Jack? An accumulation of nameless energies.”

There was an extended silence. The man in the booth sold postcards and slides.

“Being here is a kind of spiritual surrender. We see only what the others see. The thousands who were here in the past, those who will come in the future. We’ve agreed to be part of a collective perception. This literally colors our vision. A religious experience in a way, like all tourism.”

He did not speak for a while. We listened to the incessant clicking of shutter release buttons, the rustling crank of levers that advanced the film

“What was the barn like before it was photographed?” he said. “What did it look like, how was it different from other barns, how was it similar to other barns?