What is the distance that separates architecture from society?

Or rather to the architects of the society we should serve. On this topic we have tried to get into other post and we believe that it is one of the most important keys to solve today.

Architecture is something that, in principle, should matter to everyone, because there is no one who is free of it.

However, we believe that the architectural world has not made enough effort to shorten this distance.

We must recognize that neither the architects have given the do of chest when approaching the citizenship and not from society has not shown excessive interest in it. It is also true that it would be prudent to differentiate between architecture and urbanism, since perhaps from this larger scale it would be easier to build the necessary bridges from one direction to another.

By the way, about urbanism and good urbanism we talked a little bit here.

So, we go into this beautiful field with the intention that this reflection is as close to the technicians as to the rest of the citizens.

In the book by the philosopher Daniel Innerarity, “Philosophy as one of the fine arts”, a reflection appears that we think it is fundamental to put on the table, before entering into matter,

“Philosophers must admit that they have often earned a reputation for being self-absorbed in abstractions that are too complex and unconcerned with day-to-day problems; and at the same time, they must seek the path that allows them to enter into dialogue with a society made up of ordinary people, everyday problems, a changing reality. In this way, philosophy will stop being a discipline enclosed in itself to become a passionate experience, attentive to the present, without fear of complexity. And the philosophers, open to dialogue and humor, could once again occupy an indispensable position in this conversation of humanity that shrouds our realities”.

If we substitute the words philosopher for architect and philosophy for architecture, the paragraph works exactly the same (or better).

So, like the philosophers, it seems that the vision of the architects is not to throw rockets. Some time ago we could read on the facebook wall of n + 1 that said:

“The public in general still does not know where to put you, customers think you are a necessary evil, the surveyors who do nothing and charge too much, the planners (Municipal architects?) That you do not care about everything and you come, as in the song, to dance your rhythm (and they do not usually lack reason), the constructors that you are (in Murciano-Almeriense) “a pollicas” and ourselves that we are the first orejón of the jar, the ace of the deck, the social demiurge, the mother of the lamb, the ying of my yang and the Batman of my Robin.”

Therefore, one of the main problems of the lack of dialogue between architecture and society is the fault, directly, of our guild.

In any case, unfortunately, architects, in many cases, have thought about the unique possession of architecture and have not given the user the rightful place.

We have recreated our own title forgetting that many of the most important architects in history, in fact, had not properly passed through the classrooms of an architecture school.

This, together with the fact that in too many occasions the architects have been one more piece of the disastrous real estate system, has resulted in a null communication between society and architecture.

Luckily, certain sectors of our profession, such as the groups of architects, have always been very clear that this distance must be broken and that what touches is to go down to earth and approach the ordinary citizen.

2. Architecture as a service.

The architects have not known how to make us understand, neither among those who are supposed to give us work, nor among those who inhabit our architecture. In fact, if we look at how other sectors of the population see us, it does not improve the issue either. We are convinced that there has not been a real understanding between architects and society and we find this totally necessary.

To illustrate it better, we rescue the words of our admired, Julio Cano Lasso, who, unfortunately, after more than twenty years are still raging,

“The gap that separates architects from society is something that should especially concern us. Society is our client and, to a large extent, architecture is a reflection of the society that constructs it. Society is disoriented and architects, with our fashions and whims, have a lot of guilt. Today architecture is for architects”.

And yet, despite whoever, architecture is an act of service to society. This premise must guide any architectural goal worth its salt. Even so, it seems that it is difficult to find dynamics where the ordinary citizen is really given possibilities so that he can make known his concerns, expectations and needs.1

In that article,2 Ana states:

“(…) The urban space is not neutral. The perception of the city, its areas of transit, rest, socialization, are not the same for a child as an elder, than a disabled person. In the same way, men and women experience the city, the street, the neighborhood and the home in a different way. Among the wide spatial spectrum that opens from the purely public to strictly private, there is a whole palette of frictions between individuals, and between individuals, objects and spaces. Thinking about how cities, their streets, neighborhoods and homes have been designed until recently, from what political and social positions, inevitably leads us to talk about feminism.”

Neither architecture nor urbanism can be an end in themselves, they must be a means for people to live better and better, and in turn, be sensitive, as Renzo Piano comments, to the changes in society:

Be sensitive to the times and take on the new digital era that we live, will help us raise a better architecture and, above all, give us the clues to understand how he lives and how he wants to live the society we serve.

3. For a humanized and participatory city.

As we know, thanks to movements like 15M, a giant step was taken in everything that we have been talking about in this article. The perception of public space took a new dimension and there are many actions that were derived from this whole movement.

Even so, we believe that it has not been used at all to demand an urbanism for all and for all and that is something that can still be solved.

Give real voice to the citizen in a process thinking from the synergy can not be something exceptional. Leaving the fate of our cities in the hands of money and technology (Smart city) is the worst of ideas.

In this sense, Paisaje Transversal comments::

“(…) This concept of participatory architecture is not new. In this respect it is worth mentioning, for example, the figure of the Dutch architect Aldo Van Eyck, who designed between 1947 and 1978 more than 700 parks and playgrounds in the center of the cities and in the monotonous suburbs; or the project to improve and beautify certain squares of Bordeaux, for which Anne Lacaton and Jean-Philppe Vassaly were responsible, who had various neighborhood proposals. Or more recently the remodeling project of Times Square, in New York, by PPS.”

To do this, we must find ways to involve the ordinary citizen in urban planning issues, through real citizen participation and not postín as is the usual practice. We can not continue talking about urban developments, partial plans or building distributions exposed in gigantic (and confusing) folders, waiting for someone to understand something.

To this lack of clarity in the presentations of the intragables urban spreads, it is necessary to join the fact that we continue thinking that the general plans are valid documents for the current times. We must rethink, seriously, how they should adapt to be, really, useful and not become obsolete before being delivered.

In this sense, we read a while ago in a report in the world to say to Andrés Cánovas that:

“you do not have to listen to the architects in the least. It is a respectable profession, of course, but not very credible. We have made the cities we have seen … Or, at least, we have been the spearhead of the most vulgar liberalism. You have to listen to the neighbor and their needs and transform them into elements, into architecture and cities”.

And although it does not lack part of reason, we believe that architects are only part of the problem. What is really wrong, very bad, and you have to change the root, is the Law of the soil itself. Here there is much to discuss both from the technicians and from the citizens. You can not allow a law that facilitates a system, totally unfair, in which madness as a person to have a plot of land in a suburban area and someone decided that the city will grow there (with more than dubious criteria, in most of the cases) take all the surplus value of that decision.

Why have we made rich those who have not contributed any value?

It would not be more logical that most of that benefit would have gone to the administration to make use of that money based on social needs.

Rehabilitation can no longer be an option, it should be the first and almost only alternative. If we do not bet on policies that favor it and that “punish” any unjustified demolition or illusory growth plans, we will continue without putting the bell to the cat. A rehabilitation that includes criteria of true energy efficiency and is not in the hands of the regulations and the CTE.

Only in this way, with criteria that are inclusive and with a humanistic vision of the city, will our cities be what they should always have been. As they pointed out, in an old interview, Tuñon & Mansilla:

“The architects could also learn from comedians and clowns and, abandoned their vanity, become a reflection of society, of that society they should shelter; Architecture only makes sense to the extent that you collaborate in solidarity to catalyze people’s essential pursuit of happiness”.

And we would not like to end without affirming that, in our opinion, architecture is too important to be left only in the hands of architects. Therefore, we must bet on a citizen-architect-administration alliance, that really knows how to channel new processes for our battered cities.

If there is not a society committed and complicit with architecture, sailing in the same boat, we can not dream of an architecture that really meets their needs.

2 Here is another one of Ana Asensio in the blog of Fundación Arquia. 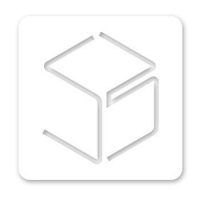