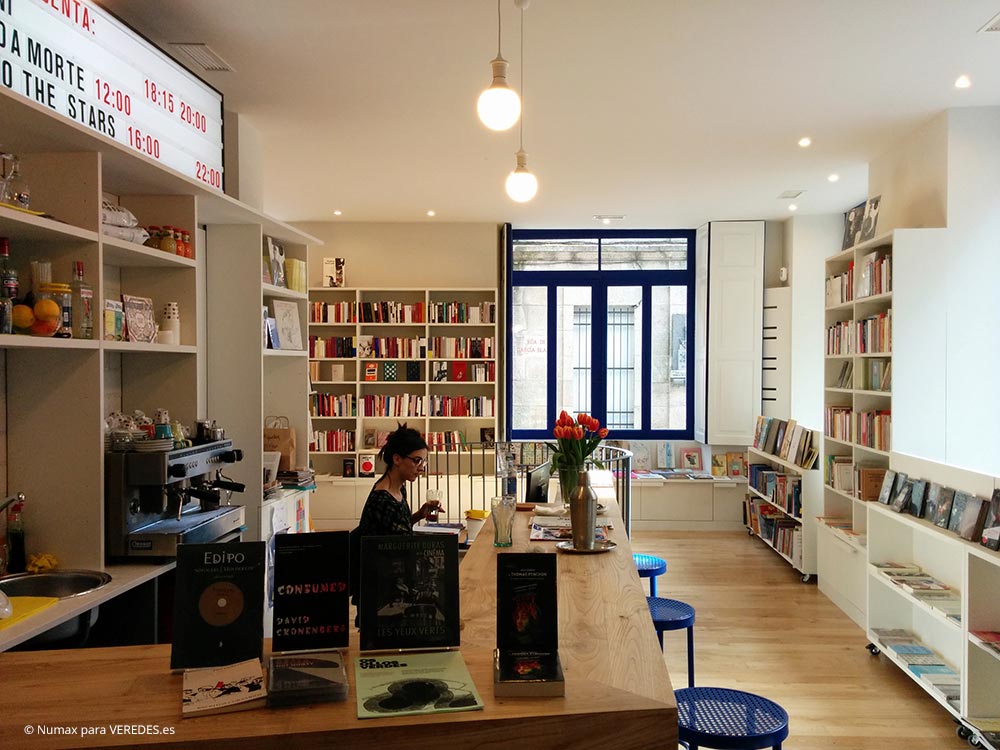 “NUMAX is a cinema, one would free and a laboratory of design, communication and audio-visual production”

When I challenge this one it came to our table, in the spring of 2014, immediately we understood that it was a question of the opportunity to take part in a singular initiative in the country, loaded with values (cultural dynamization, cooperative model, etc.) and with a potential high place transformer, capable of obtaining all our interest and commitment.

We were departing from a complex program of needs (cinema for a minimum of 70 persons, bookshop, ambigú and office) to organizing in a low commercial attraction (good situation, corner in singular, luminous building), but rightly of dimensions for I them use foreseen (surface and vertical clearance), and with a few characteristics that were not the suitable ones for all of them. Limited it was going to be also the budget of the work, furthermore when the priority was coming marked by an audio-visual equipment of the first order.

One is employed at the search of a practical and nice solution, without margin for concessions. The technical requirements, especially those of the cinema (acoustic isolation and conditioning, geometric parameters for a correct vision of the projection), acquire a determinant weight. Both the functional lace of the different spaces and most of the investment, they happen for the above mentioned room. In the interior organization, the relation stands out also between both public uses (cinema – bookshop): necessary transition between spaces of opposite characters, presence of one in other one, etc.

The intervention is complete and includes from the reinforcement of the existing structure up to the design of the furniture. In the exterior, it is limited to the carpentries to respect the image of the building, designing the new some for the front of access and recovering the existing ones of other one. As for the materials, one attends to the economy and to the sincere and direct use of the same ones, for which chooses, inside the possible thing, for solutions of minimums that, at the time that they solve the technical needs, bringing the qualities of image over and ended.

As for the process, besides the design (in narrow collaboration with the equipment of Numax) and of the direction of the work, we carry out to management of the same one, which reverberated positively so much in the calidad of the result how in the economic saving.

Coop is active. Processes of community autodevelopment >>
Organized by Architecture without Borders and the Galician Fund of cooperation and solidarity
On May 5, 2015

Collaborative Construción the habitat >>
About the integration of the arts. Course of interpretation of the architecture. Foundation Luis Seoane.
On February 5, 2015

Interview to Social Habitat in the program “Bos Dias” of the Televisión de Galiza >>
14 October, 2012

“Experiences of automanagement of the habitat” >>
Article in the second number of the Márgenes Magazine titled “Infected Cities”
April – June, 2012