A premise of item on the part of the clients, a new pair with a small child: the housing must possess two independent and autonomous areas.

A premise of item on the part of the architects: correct approximation to the physical and cultural place, but without mimetic or formalist short-cuts. 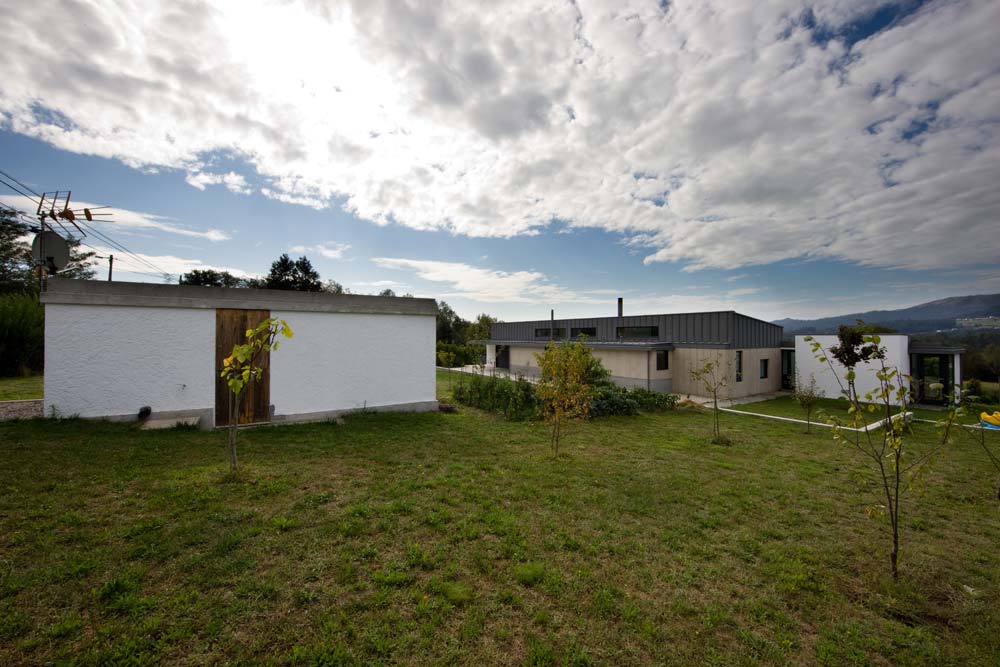 The housing is located in Brión’s Town hall, near Pedrouzos’s central core. In this area old women combine and even in force popular constructions with recent others. What in the first ones is natural, turns into convict into the second ones; what in those is an integration develops stentorian into others; the fluid relation with the way of the first ones of I her go on to an autistic exchange in the second ones. Not new at all, on the other hand.

Well then, in this context we try to recover, or to divide, or to reinterpret the old still in force lessons: we do it with touch and without mimisis, with the cutting of valuing the physical way but also the cultural one. In these circumstances to do – una-casa turns into something more that to do – una-casa; it turns in doing – una-casa and giving example.

All the rest, which it is not small, seguiente summarizes in: a process of work that tries to solve a section and a program in a plot of softly hanging and magnificent conference in the southern part.

The transition public / private, a permanent obsession in our works, is solved without closing; that the housing as definidora of the limit, and with an intermediate space of transition presided by a space of local relation. A corridor of services separates the housing of the north. In the rest, the house is opened for the sights and for the light, and for the fruit trees, which already the owners planted and which are growing…

The constructive process understood as selection of materials and textures, joins to this will of reintepretation of the traditional solutions: the orientation determines the choice of the solutions and the closing amble is re-dressed, well of appeased light of granite, good of a skin transventilada and autoamble of the same material (in the only body pedra-rasilla). Finally, a coverage of skated zinc finishes the set.

In other circumstances, in another country, the premises of item would have been different., here and now, these seem to us to be fundamental.