ORIOL BOHIGAS I GUARDIOLA (Barcelona, 1925) has been something more than the intellectual author of the contemporary Barcelona: his fertile career exceeds the limits of the architecture, and is inseparable of the culture of Catalonia in the second half of the 20th century.

The extensive interview realized by Luis Fernádez-Galiano crosses his path from his student beginnings – with the tragic pause of the Civil War-, the creation of the office MBM with Josep Martorell and David Mackay, and the foundation of the innovator Grup R in the fifties, and until the years of urban transformation of Barcelona just before the Olympian games of 1992, and the international recognition that extendería to the first compases of the 21st century.

Meanwhile, the prolific work of the office during the desarrollistas sixties is commented in relation to Bohigas’s not less abundant critical and historical production during this stage, and the turbulent ones seventy are reflected in the pedagogic renovation of the school works, in the intellectual commitment with the School of Architecture, and in an endless number of publishing and artistic adventures that come to the present day. 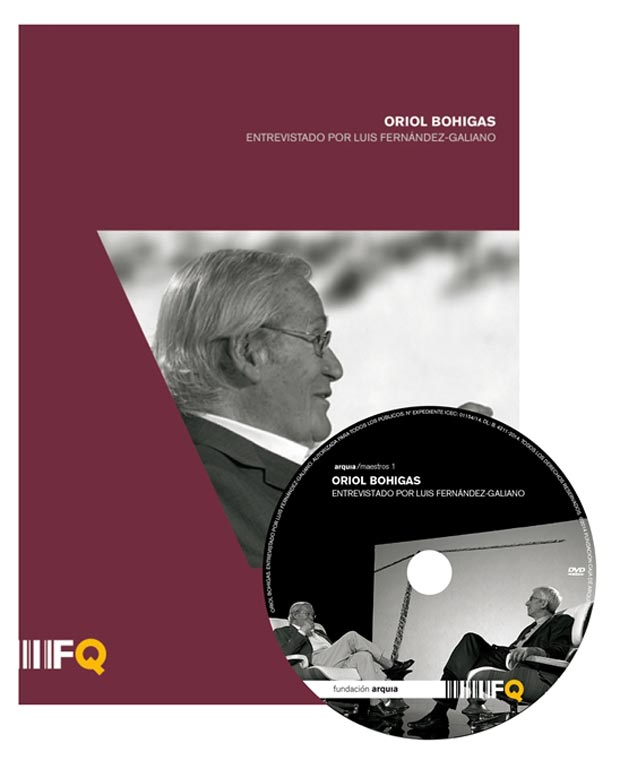 AUTHOR of the LIBRETTO. Luis Fernández-Galiano

He is an architect, project professor in the School of Architecture of the Technical University of Madrid and the director of the magazines AV/Arquitectura Viva from 1985. Between 1993 and 2006 it was at the expense of the weekly page of architecture of the diary El País newspaper, where nowadays he collaborates in the section of Opinion. Member of number of the Royal Academy of Fine arts of San Fernando and of the Doctors’ Royal Academy, is International Fellow of the RIBA, has been Cullinan Professor in the University of Curl, Franke Fellow in the University of Yale, investigative visitor in the Center Getty of Los Angeles and critical visitor in Harvard and Princeton, as well as in the Institute Berlage; and Menéndez Pelayo has directed courses of the universities and Complutensian. He was also the director of the international congresses of architecture ‘ More for less ‘ (2010) and ‘ The common thing ‘ (2012). President of the juror in 9 ª Biennial show of Architecture of Venice, expert and juror of the European prize Mies van der Rohe, has been a commissioner of the exhibitions The private space, Eurasia Carries to extremes (in Tokyo and in Madrid), Bucky Fuller and Spaceship Earth and Jean Prouvé: made beauty (these two last ones with Norman Foster), as well as of Spain mon amour (in 13 ª Biennial show of Architecture of Venice and in Madrid) and The Architect is Present.Likewise, it has formed a part of the juror of numerous international contests in Europe, America and Asia, including those of the National Library of Mexico, the National Museum of Art of China and Israel’s National Library, in the latter case as president. Between his books they tell themselves The modern chimera, The fire and the memory (published in English with the title Fire and Memory), Spain Builds (with the MoMA in the English version, and presented in his Chinese version with symposiums in Shanghái and Pekin) and Atlas, architectures of the 21st century, a series of four volumes.

Director of the documentary: Joan Úbeda and Gilbert Arroyo

Author of the libretto: Luis Fernández-Galiano