A’Bodega (or as living in a former warehouse of stone) | Cubus, Taller d’Arquitectura

The ancient warehouses of the Ribeira Sacra were (and they are) heterogeneous spaces linked to the housing where there develop the activities of the local economy, for what it is habitual to meet sets of several constructions of stone where all kinds of uses coexists: there remain the sausages of slaughter, the oregano, the wine of the vintage and the unmatured brandy. One guards the straw and one arranges the cattle of pasture. 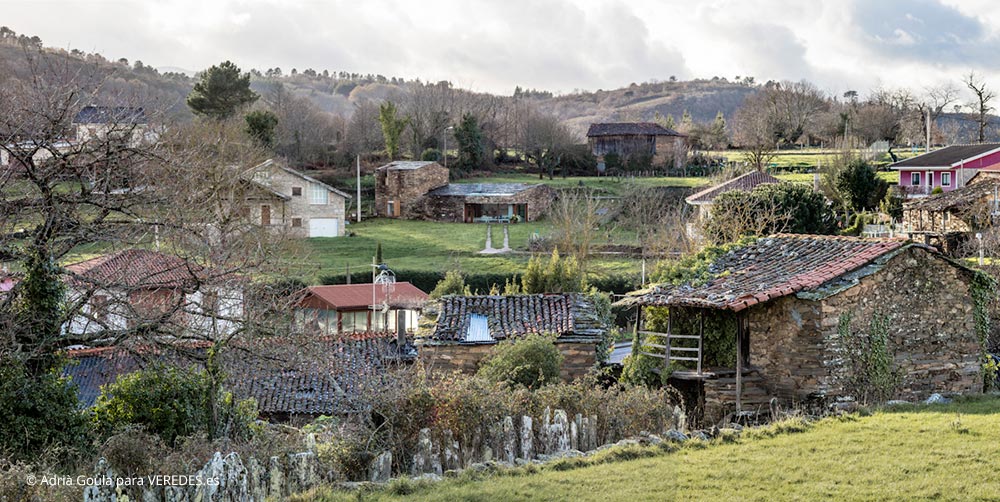 A former warehouse recovers to rehabilitate her integrally in a new housing. The initial volume consists of two bodies: one of two plants that was receiving the palleira and a second of ground floor that was integrating the court and the warehouse. Both they are semiburied against a’carreira in the front west and are opened for this one on the landscape. This way, the project departs from three premises:

– Respecting the initial volume and the local architecture. The people is harmonic: constructions of stone and the green existing one (of pasture and savage) are in balance. The offer joins this context getting accommodated to the limits of the existing walls. Also there join the values of the local architecture (volumes of stone it dries tectonic, of few perforations) without resigning his own language.

– The local materials. The materiality is based on the creation of a framework of existing stone (for the cover there recovers slate of a former house) and the wood. The rest consists of traditional construction to work in agreement to the knowledge of the local builder.

The house without windows.

This way it is since like her the people of the village has baptized. The alias explains very well the strategy of emptyings that has appeared to offset the initial situation of the principal, semiburied volume and with one it was squeaking of great width. By means of the perforation of the corners they believe courts that establish diagonal relations that guarantee interior and visual elongated lighting, crossed ventilation. Likewise this strategy defines the hollows in front as emptyings, and not as conventional windows, giving an appearance of tectonic house, without windows, but establishing a relation it continues of the interior with the exterior landscape, which penetrates.

To guarantee the correct evacuation of the water of rain, the cover works as a system where earrings, eaves and a series of channels perimetrales expel the water. One works with the wrought sanitary one and floating pavements that gather and expel the water.