48h Open House BCN, the festival of Architecture of Barcelona announces his dates. His third edition will take place the Saturday 27 and the Sunday 28 October, two days in which the Barcelonan and those that visit the city will be able to participate actively of a weekend of doors to biertas to the good architecture, the urbanismo and the good design of Barcelona.

This year, they will be more than 150 the buildings of different typologies, forms and measures that will be able to visit  and the people will have the possibility to see his city through other eyes. Between the new incorporations to the program of the 48H Open House BCN 2012, quote recoveries and transformations like the one of Manufactures it of the Sucre (Jordi Garcés, 2011), a complex fabril in the neighbourhood of the Poble Nou, composed by 5 edificos, that in 1916 housed a destilería of alcohol and that at present receives 29 lofts of design; spaces of public utility like the ship that houses Mercabarna-Flor (Willy Müller, 2008),or an unpublished walk by the interior of the emblematic Font Màgica of Montjuïc (Carles Buïgas, 1929). A rich offer, varied and qualitative thought to give answer to the tastes and preferences of all the citizens. 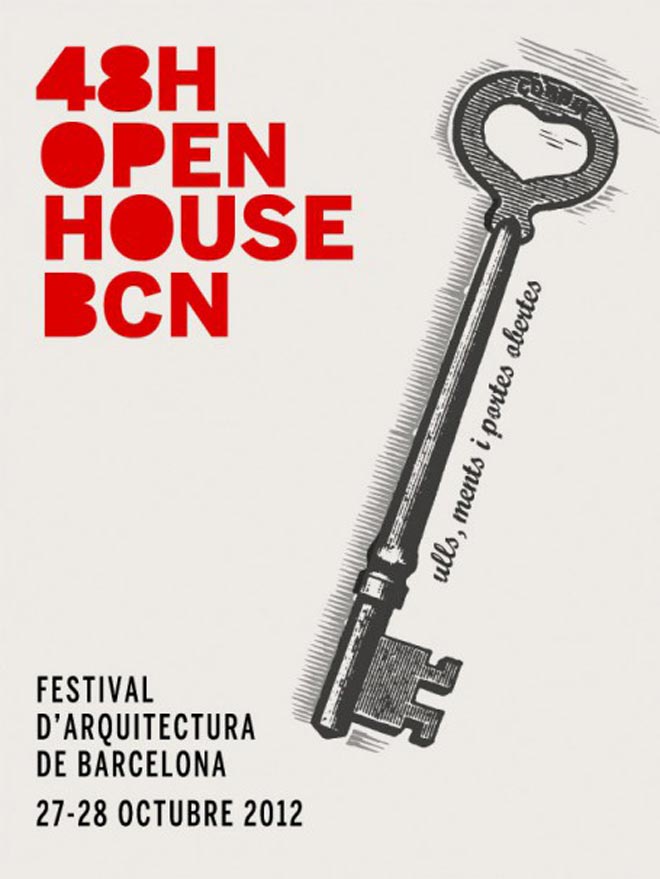 The barcelones/ace and those who visit the city condal during the weekend of the 27 and 28 October will be able to choose between a total of 10 urban circuits and organise to his measure the route that more attract them. The number of itineraries has established  in function of the buildings exhibited, coinciding with each one of the ten districts in which it divides  Barcelona (Ciutat Vella, Eixample, Gràcia, Horta-Guinardó, Them Corts, Nou Barris, Sant Andreu, Sant Martí, Sants-Montjuïc and Sarrià-Sant Gervasi).

In each space, the visitors will find  with volunteers that will guide them in his visit and will be able to inform them of any detail or doubt related with the event. In occasions, will be the architects, the current users of the enclave or the managers of the planning of the zone or area visited those that exert of guides, exchange his experiences, propicien the dialogue and contribute to that the participants understand better the spaces visited.

The organisation of the 48H Open House BCN, with the aim to improve his approach and add dynamism finally of week, this year will expand time in those spaces that like this allow it, will reinforce the character of volunteering around the event and will improve the use of the social networks like tool of communication. In concrete, to the site www.48hopenhousebarcelona.org updated with practical information and detailed, add  the page of facebook www.facebook.com/48hopenhousebarcelona, the account of twitter http://twitter.com/48hopenhousebcn and an account in instagram 48HOPENHOUSEBCN where share photos related with the event.

The roots of the 48H OHB root in the city of London, where from does already 20 years a weekend of the month of September takes place the Open House London. Activity, that gradually have incorporated to his calendar cities like New York, Dublin, Galway or Barcelona. An entramado international, whose coexistence and concordia  concrete with his alliance under the network Open House Worlwide www.openhouseworldwide.org. The active participation of 48H Open House BCN like one of the 22 members that compose this network contributes to reinforce and endow of visibility to Barcelona and his to scale global culture.

Festival of Architecture of Barcelona

Of the Saturday 27 and the Sunday 28 October