The Delegation of the Colexio Oficial de Arquitectos de Galicia in A Coruña,  in collaboration with the company DESARROLLA,initiates with “13+1 Constructed facts” his first cycle of conferences on the reality constructed of the Galician contemporary architecture. From October 23, 2013 until January 29, 2014, with a twice-weekly periodicity, for the room of the Delegation there will happen 7 equipments of architects, of different generations, who will show us his work centring on two only works selected and constructed by them themselves, as exponent of his to do and architectural thought. 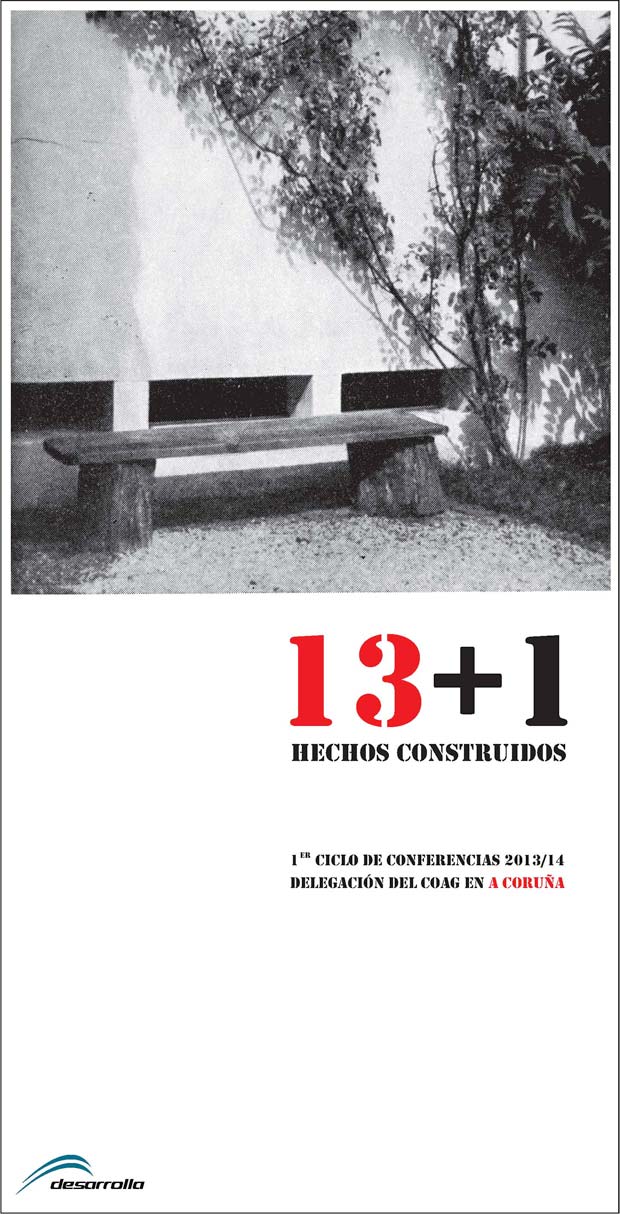 The name of this cycle of conferences comes from a foot of photo that appears in the book “Une petit maison”, published by Him Corbusier in Editions Girsberger of Zurich in 1954. Book that, since you know, the teacher dedicates to the “enormous” house that constructed for his parents on the banks of the Leman lake. An edition exists in Spanish published in 2005 by Editions Immensely of Buenos Aires. The same foot of photo, with the important depth that it contains, gave title to the book ” The facts of the architecture”, which Editions ARQ of Santiago of Chile published in 1999, and where Alejandro Aravena, Fernando Perez and Jose Quintanilla realize one of them, maybe, more interesting exercises written on history of the architecture.

Facts of the architecture – Facts constructed. The shade, though it is important, does not also want to say any more than evidently we all deal. They exceed explanations.

The cycle of conferences  “13+1 Constructed facts” is born with the will to be a fixed appointment in the cultural Galician agenda, which with the years is steadying itself as a space where the architectural fact should find the place that corresponds to him in the definition of the best construction of a reality for Galicia.

The board of directors of the Delegation of the COAG in A Coruña wants to be grateful for the generous collaboration of all the participants, as well as of the inestimable and indispensable received support, from the first moment, for the company DESARROLLA, without which this cycle had not been possible.

Carlos Pita.- President of the Delegation of the COAG in A Coruña